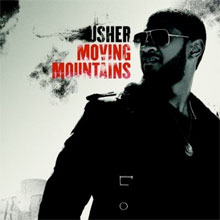 There is some good news regarding the Usher track we featured as Song Of The Day on Monday.

'Moving Mountains' was released as a single on Monday but, as you may remember, we were a‑moanin' about the fact that the Full Phatt mix of the song, which is being hammered on Kiss 100 and makes it Actually Very Good, was not being commmer­cially released.

Well now it is being released and it'll be in download stores from Monday.

If someone could shout down and tell the people on the streets that they can stop rioting now that'd be great, cheers.

A visually interesting video for a not very good song

Quick reminder re your movements tonight