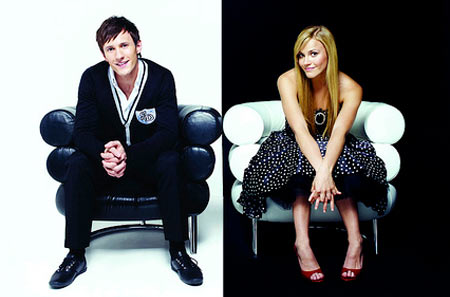 When Same Difference were signed by Syco after the 2007 X Factor run they were very excited about unleash­ing their colourful, uncom­plic­ated inter­pret­a­tion of pop onto the charts. There was a lot of chatter about 'bringing pop back' but when their material emerged it was a very specific type of pop which and one which was even­tu­ally marketed directly, unapo­lo­get­ic­ally and ulti­mately rather unsuc­cess­fully at an audience of children.

In a post-High School Musical climate it might have seemed a good idea, but High School Musical put movies at the heart of its brand and flogged music as an after­hought, just as aggress­ively as it flogged pencil cases and sticker books. Trying to build a kid-friendly lifestyle brand around music didn't quite pan out for Same Difference. Their debut album's heart was in the right place but didn't capture the S Club-esque stars it was reaching for, and in major label terms it wasn't workable. They left their label, and they left their man­age­ment. The End.

EXCEPT NOT THE END AT ALL ACTUALLY.

Sean and Sarah are now back with a song which is better than anything on their debut album. It is called 'Souled Out' (clever play on words there readers) and it sounds a bit like this. (Well it sounds a lot like because this is literally it.)

Quite good? Yes. Quite good indeed. A little bit more soph­ist­ic­ated without trying to be La Roux (although COULD YOU IMAGINE), with a massive balls-out melody in the chorus. Job done, pack your bags, hometime, get the kettle on — it's in the bag.

Incidentally, if you're in the mood for seeing Sean and Sarah perform this live on stage, and if you happen to be within trav­el­ling distance of London, you're in luck: they're onstage at AND HOSTING tonight's Popshow Gold. Full details are here — as ever with Popshow the lineup veers wildly between the note­worthy and the unre­lent­ingly woeful but that's part of the fun. That Waterloo band we mentioned a couple of months ago are also on stage, along with Niah (needs some work but along the right sort of lines) and the demen­tedly dramatic sound of Elouise. Basically if you start drinking straight after work and get there for 8pm the whole thing will seem brilliant.

The worst idea in the history of recorded sound