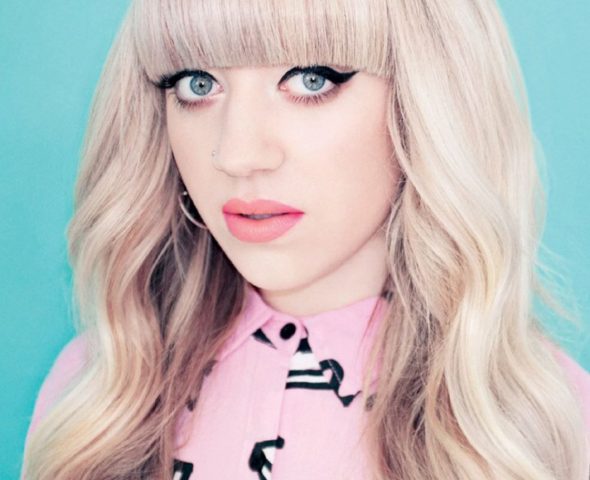 The Voice is a broken format.

Historically, it's always been quite easy to dismiss the show's inability to get a career off the ground: the singles by the show's graduates had always been shit. There hasn't been example of a post-Voice single which should (or at least could) have been a career-launching hit, so it's been impossible to defin­it­ively state that the show just isn't fit for purpose.

But Leah McFall's 'Home', which was released last week, was not shit. It was dis­tinct­ive and a bit quirky in its own way, but sounded enough like a con­tem­por­ary chart hit. It had a good chorus. will.i.am was involved. That's usually enough these days, right?

Last night it entered the charts at Number 56.

The main reason 'Home' — which we'll say again is a PERFECTLY GOOD BRITISH POP SINGLE — missed the Top 40 is that it received virtually no radio play.

So how did Radio 1 support the Leah McFall single? It wasn't playl­is­ted. But maybe there were a few spot plays here and there in the weeks leading to the single's release? It's time to consult the CompareMyRadio website, which explains that Radio 1 played 'Home' an impress­ive one time in the last month.

Fine. Perhaps, given Leah's slightly more mature voice and influ­ences, it simply fell to Radio 2 to bolster the BBC's tacit claim that its flagship talent show can produce a star.

Perhaps not: Radio 2 also played 'Home' only once.

Elsewhere on CompareMyRadio we find that Global, the radio behemoth respons­ible for Capital 'et al' and the only other UK radio network capable of con­sist­ently breaking hit records, wouldn't touch the Leah single with a shitty stick.

The BBC seems con­sist­ently wary of playl­ist­ing Global's own in-house artists so we suppose it makes a certain sort of sense for Capital and the others to turn down a BBC act. But what we seem to have here is a situation where the BBC won't support its own talent, and Global won't support that talent because it's asso­ci­ated with the BBC. In radio terms it then falls to Bauer (Heat, The Hits and so on), who did a decent job of breaking their own act Neon Jungle, and gave Leah a decent go, but just couldn't make 'Home' a hit.

This has got a bit radio-heavy but the main point here is that if The Voice just isn't capable of deliv­er­ing an artist people are inter­ested in — even if that artist is inter­est­ing and does deliver a decent song — it might as well pack up and go home. Of course we com­pletely under­stand that in the short term a complete lack of star talent is of no concern what­so­ever to The Voice's producers, whose aim is to make a TV show rather than launch actual pop careers, and viewing figures have been fairly resilient so far. But as we approach the fourth season, isn't it likely to be the case that audiences might start to wonder what the point of all this might be? To put it another way, where would The X Factor be if every now and again it didn't throw up a Leona or a One Direction?

Sorry, Bo Bruce getting an album to Number 10, Andrea Begley spending one week at Number 7 and the Kaiser Chiefs doing quite well again just isn't enough.

"Hang on though," you might say. "What about Becky Hill?"

Well, Becky Hill, like Leah McFall, is indeed quite good. But it says a lot that she's now at four pos­i­tion­ing singles and counting — one as a guest vocalist with Wilkinson, another with Rudimental, a third with Oliver Heldens and a fourth — 'Caution To The Wind', her first 'non-feature', released two weeks ago — which didn't chart.

'Caution To The Wind' was clearly intended as some sort of set-up release, an attempt to position her in a way that makes sense to potential fans. But there's a point when repos­i­tion­ing actually becomes dis­tan­cing. When an asso­ci­ation with The Voice is a hindrance, not a help. Surely that's not supposed to be the point of a show? To be such a curse to an emerging artist that they need to guest on three different singles by three different artists and release a delib­er­ate flop to give them­selves a fighting chance of being taken seriously? Certainly, if and when Becky Hill does deliver a bonafide hit single under her own steam it will be despite The Voice, rather than because of it.

Still, the show's only (!) been renewed until 2017. Let's hope the next three years deliver more success than the last three. 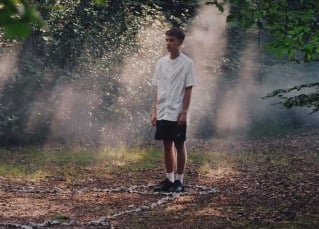 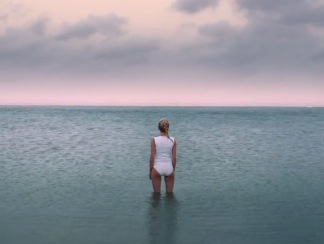