Well she shot the video yesterday and someone from her label has sent over some pho­to­graphs. Let's have a look at what happened.

Firstly here is some Asda own brand chocolate cereal being given a bit of a pop art makeover. Perhaps Marina's 'Oh No!' is destined to be this decade's answer to Geri Halliwell's Girl Powder. 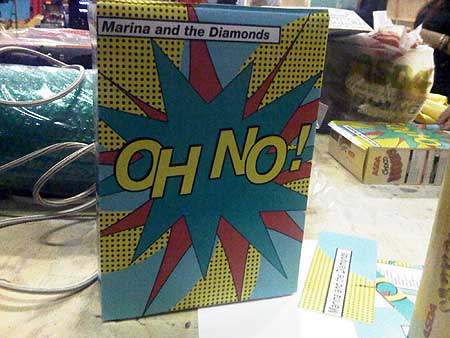 Here's Marina laughing at something undoubtedly hilarious. Life's just one long laugh when you're a globe-trotting popstrel. 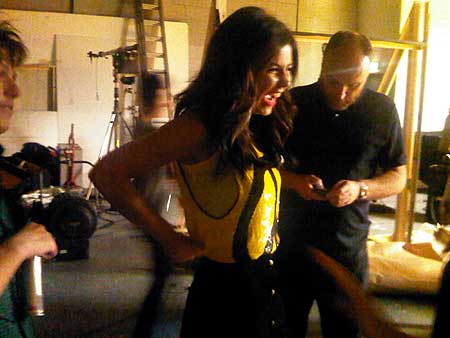 Clearly the man in the back­ground isn't in on the joke — he's sending a text. 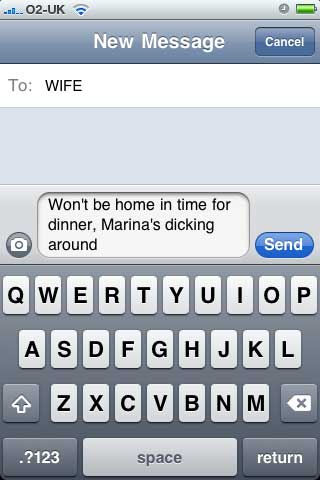 Next up photo of a monitor. We're not sure what is happening in this pho­to­graph but there is a lot of yellow. Maybe it's set inside an egg. We suppose that would make this video 'yolky oh no'. HAHAHAHAHAA 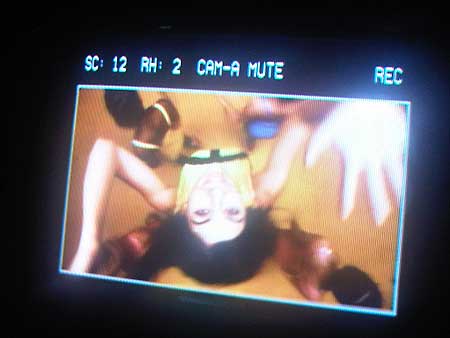 If you were beginning to worry that you might never know what was happening in that picture fear not, because here it is from a different angle. 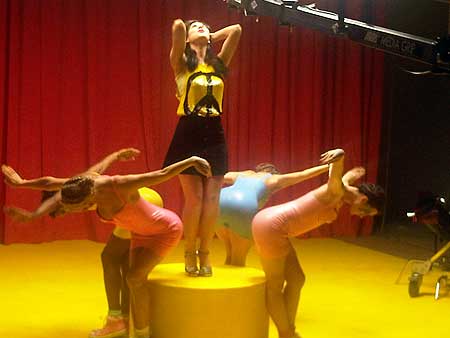 To be honest that doesn't really clear things up much but we are sure it will all make sense when the video comes out. This is the song.