It's been a busy 24 hours in the world of pro­mo­tional Simian Mobile Disco pop spoons. 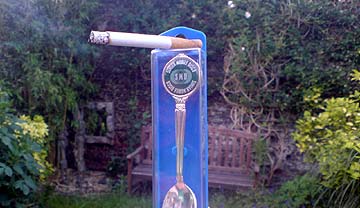 The Simian Mobile Disco spoon believes that the smoking ban is a clear attack on his basic spoonman rights. 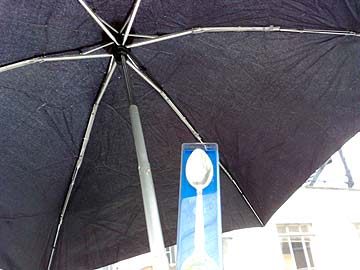 Outside it's raining but inside it's wet.

3. Chilling out with a stone cherub. 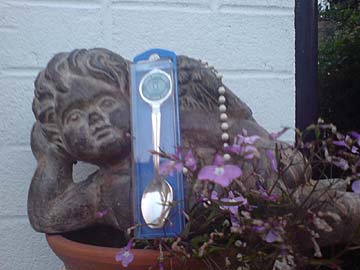 This was actually a real, live cherub before the spoon arrived on the scene. Unfortunately, as per the rules of little-known Greek myths sur­round­ing Spoonius, the cherub was imme­di­ately turned to stone by the Simian Mobile Disco spoon's complete amazingness. 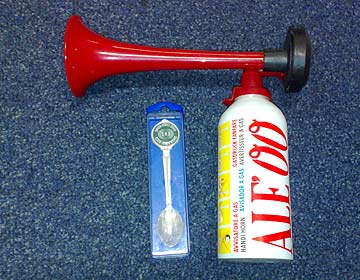 "There's actually no such thing as new rave," the spoon notes. "It's just a scene the NSE invented." 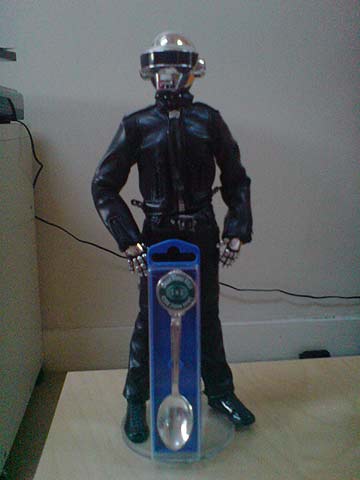 Don't worry, it's spoonman after all. Of metal and plastic is made.

6. Going to bed after a hard day's work 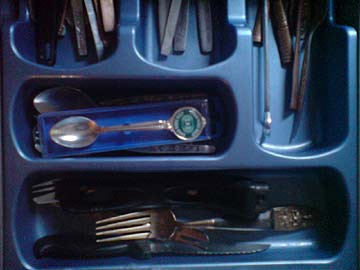 He was kept awake until 4am by the cutlery forking loudly in the next room.

Where next for the Simian Mobile Disco pro­mo­tional spoon? We hear rumours he's off to Weston Super Mare this weekend…