Last June we received a chocolate 7" single from a band called Innerpartysystem, promoting their single 'Don't Stop'. To be clear on this, the single was made OF CHOCOLATE. 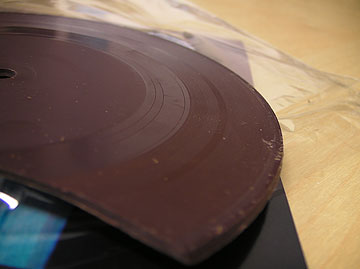 Literally, a single made of chocolate.

For health and safety reasons we felt that it was best if this chocolate record was eaten by our work exper­i­ence assistant, Abby. Here she is eating the chocolate record. 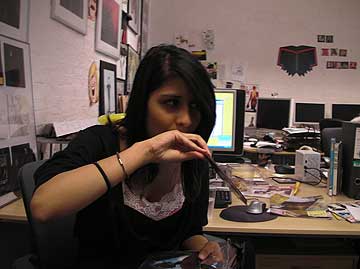 That was last June.

A lot has changed since last June but not, it seems, for Innerpartysystem, who for one reason or another seem to be plugging 'Don't Stop' again.

Earlier this week we received two (TWO) copies of 'Don't Stop' and, as the Post-It stuck on the front explained, this time round the band have pulled out all the stops. 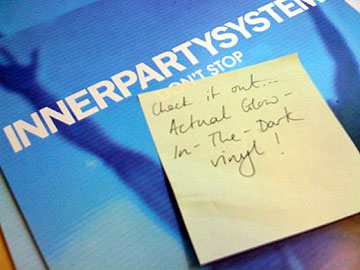 Well viewers we're sad to report that Abby is not with us this week but say hello to Laurence, who we've trusted to invest­ig­ate all this glow in the dark business. 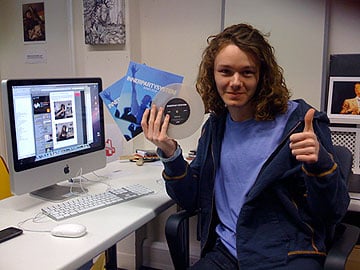 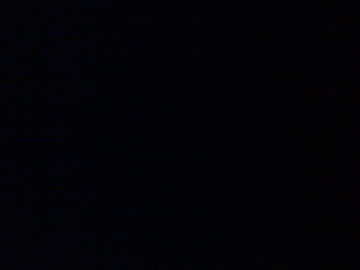 …although this says more about the camera on your average iPhone than it does about Innerpartysystem's ability to produce func­tion­ing glow in the dark 7" singles.

For the record this glow in the dark 7" of the 'Don't Stop' re-release DOES glow, and the colour of that glow is a pleasant mauve.

Now, of course, it's time to start wondering what we can expect to receive in the post in 2010 when Innerpartysystem release 'Don't Stop' for a third time. A 7" single made of wood, perhaps? An inflat­able 7" single? We cannot wait to find out.

Odd 'viral' 'campaigns' of our times #31: Frankmusik In His Pants, In A Field