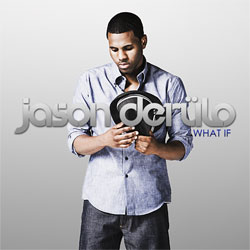 1. Used the 'Volume adjus­tument' setting in iTunes to increase the volume of Jason DeRulo's 'What If', a song which can never really be loud enough.
'What If' is now a little bit louder than almost everything else in our iTunes library, which makes for exciting times when the tune pops up. Jason DeRulo is currently winning the Popjustice iTunes Loudness War, though we don't fancy its chances if it ever comes up against the ear-splitting copy of Jordin Sparks' 'Battlefield' that still sits in the recesses of our Most Played playlist.

2. Listened to Rihanna's 'Only Girl' for the first time blasting out of our mobile phone in the street, in a manner closely asso­ci­ated with the under-18s,
Our response was generally favour­able .

3. Found a way to turn back time…
…in order to watch Cher from The X Factor's audition footage again and again and again. That way, readers, is VIA POPULAR STREAMING VIDEO SITE YOUTUBE.

[youtube]JglWZ-wC3Vk[/youtube] You can't say fairer than that.

Le Kid — 'We Should Go Home Together'

Rihanna is in a field of her own