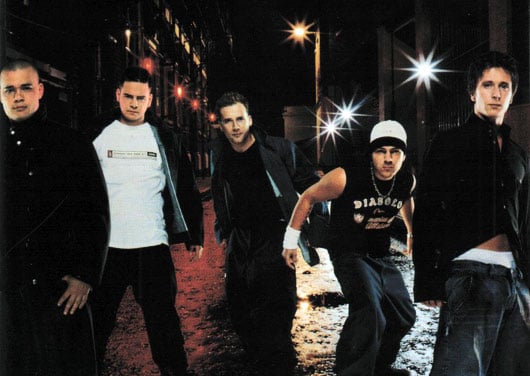 One of the 67 things that struck us while watching last night's first install­ment of The Big Reunion (which John Lucas has recapped very well here) was that the hits of  Five stand up far better in 2013 than the big songs of their late-90s peers.

But that is not what we are here today to discuss. It is merely a clunky way of intro­du­cing a list of the band's FIVE BEST SONGS WITH BITS OF OTHER PEOPLE'S SONGS IN THEM.

And those songs are:

The other person's song: The theme off Battlestar Galactica

This 'Invincible' album track includes Abs/Abz/Absz dis­cuss­ing Jedi stuff which is a bit confusing vis-a-vis the whole sci-fi thing but there you go.

The other person's song: 'Grease' by Frankie Valli

This 'Kingsize' album track — and part of the band's last-ever  AA-side single release thing — includes Absz uttering the immortal line "just as long as they're female and they've got a fit ass" which is a bit awful but there you go.

'If Ya Gettin' Down'

The other person's song: 'Last Night A DJ Saved My Life' by Indeep

This 'Invincible' album track — and a big old Number One smash (in New Zealand) — features Absz merrily 'spitting' the epoch-non-defining line "wiggy wiggy, I'm getting jiggy", which scores a paltry 34% on the jiggyometer but there you go.

The other person's song: 'I Love Rock 'N' Roll' — 'made famous by' Joan Jett & The Blackhearts

This '5ive' album track — which in 2013 is still a certified floor­filler — features Absz warning a nation's teens that he will be "creeping up your back end", which is as alarming in 2013 as it was in 1998, but there you go.

'Pour Some Sugar On Me' 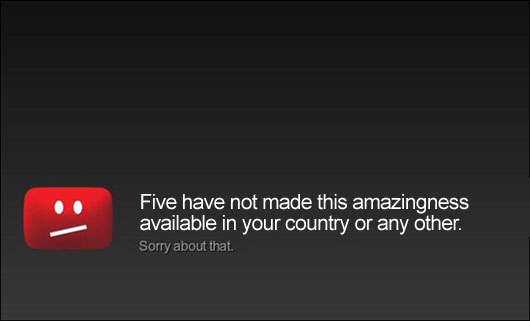 The other person's song: 'Pour Some Sugar On Me' by Def Leppard

In the spring of 2001 we went to Five's record label to see their A&R man. We were sort of hoping he would offer us a job but instead he just wanted a chat about Five and, while we were there, he played us some of their upcoming songs. We smoked fags in his office which felt very exciting. Some of the songs he played us made it onto Five's final album 'Kingsize' but one did not, and it was a big stupid amazing cover/samplefest involving Def Leppard's monu­ment­ally fantastic 'Pour Some Sugar On Me'. The song was basically 'Everybody Get Up Part II'. We don't know why it was never made public but its unre­leased status bothers us to this day. The next time we saw Simon Cowell (FOR IT WAS HE) was at the media launch for Pop Idol. Before the screening he sat down in a corner with us for a chat and, in keeping with the 'let's find a solo star' theme of the Pop Idol launch, we asked him whether he thought there would ever be a solo star in Five. He said something mys­ter­i­ous along the lines of 'I think we'll find out rather soon', and when we asked whether he was talking about an imminent split, he suggested we watch this space. Within a week Five had split. We always think back to that Pop Idol launch — which was Cowell's launch as a superstar in his own right — when thinking about the end of that old pop era and the beginning of the current one. In our minds, it was the day everything changed. But there you go.

Anyway, those are the five best Five songs featuring songs by other people. And here's the worst: