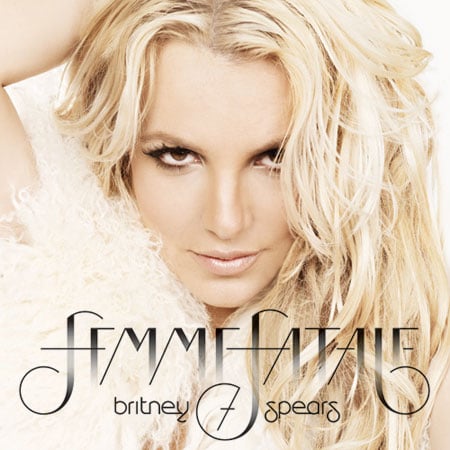 So the recent history of Britney is a bit like this: recorded by a detached superstar at the height of some rather desperate lows, 'Blackout' quickly estab­lished itself as Britney's surprise mas­ter­piece. Britney's next studio album was 'Circus'. Despite an amazing lead single 'Circus' sounded like the work of a popstar who was involved too much and too little at the same time, the victim of the sort of absent-minded hands-on approach that does more damage than good. 'Circus' was not the sort of album Britney Spears should have been making. It was, quite simply, not very good.

Well we had a listen to 'Femme Fatale' earlier. And here's the good news: 'Circus' feels like the work of a different artist. Here's the even better news: 'Femme Fatale' is another 'Blackout'. It's bursting with all that album's best bits — the slightly deranged pro­duc­tion, the hard and dark spirit, the massive beats and the big tunes. And while it might be less of a surprise, as Britney is obviously pretty much back on top of things now, on first listen it might just be as much of a mas­ter­piece. It's also a relief, because if 'Femme Fatale' had been a bit of a dog's dinner Britney-as-a-recording-artist would have been over.

To listen to 'Femme Fatale' we went over to Britney's label earlier tonight. The tracks only arrived in the UK at about 6pm, having been whizzed across the Atlantic via a spooky download link thing for internal use by Sony.

Here is what the album looks like on the Sony/RCA/Jive/whatever listening room computer thing. 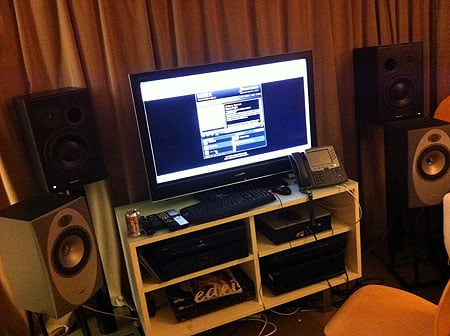 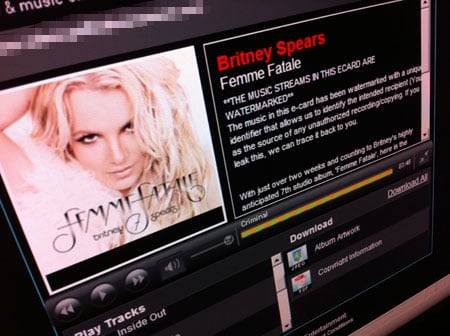 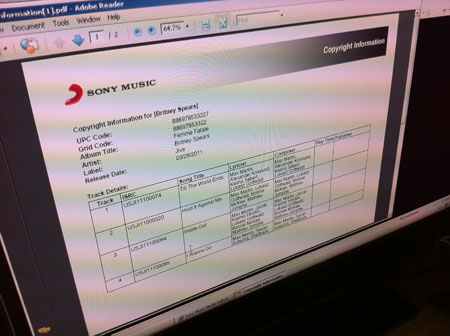 For anyone amused by the appar­ently token­istic dubstep breakdown in 'Hold It Against Me' — and the genre's trademark gloom­wobble did rather seem to appear from nowhere then disappear back there just as abruptly — the big news from 'Femme Fatale' is that the foray into dubstep was more than just flir­ta­tion. There's dubstep in the DNA of this album. It's rarely as blunt as in 'Hold It Against Me'  — there's no "ooh look at me I'm dubstep" show­boat­ing — and 'Till The World Ends' is a far better indic­a­tion of the album's sound. With some excep­tions, this is a heavy, dark and dangerous-sounding Britney album. It's a sound you'll hear in 'Inside Out', one of various songs leaked so far in clip form.

Even the will.i.am track 'Big Fat Bass', which sounded unbear­able on first listen and seemed likely to reinforce will.i.am's repu­ta­tion for turning in the worst tracks on otherwise amazing female-fronted pop albums — sounds great. We made notes on the songs one by one and had prepared the title 'Big
Fat Pile Of Shit' in anti­cip­a­tion of this song starting but, halfway
through, we'd crossed that out. It was sur­pris­ingly bearable partly because the second clip that emerged is a far better reflec­tion of the track and partly because the rest of the album makes sense of it.

Lyrically — well, on the surface it's about what happens when you go out and what happens when you get back home, and beneath the surface it may well turn out to be that too. Pop right now doesn't really feel like it needs another set of songs about how great it is to a) go clubbing and/or b) have sex, and 'Femme Fatale' is pre­oc­cu­pied by both those topics, but it feels like Britney manages to sidestep the clublolz trap in the usually awful David Guetta sense or
that sometimes awful Ke$ha sense. 'Femme Fatale' is an album with a perfectly defined sound and a clearly estab­lished per­son­al­ity. It's a club record in the same sense 'Blackout' was. It hangs together, it makes you feel like having a bit of a dance. It's playful. Gone are the slightly laboured, joyless moments of 'Circus'.

Some tracks are fast and some are slow but the nearest 'Femme Fatale'-era Britney gets to a ballad is closing track 'Criminal' (clip here) which has the flavour of 'American Life'-era Madonna — the 'Intervention' and 'Love Profusion' sort of sound. Flute (FLUTE) and guitar are high in the mix here but with hefty, whal­lop­ing beats. To these ears it's a darkly comic song about a guy who's basically awful ("he's a killer just for fun fun fun") and whose various character flaws are described all the way through the verses until the chorus arrives with "but… Mama I'm in love with a criminal, and this type of love isn't rational, it's physical; Mama please don't cry i will be alrgiht, all reason aside I just can't deny, I love that guy". Typing those lyrics out it looks a bit bad. But it sounds great. Really great. And when the middle eight swings around we're in classic — and by classic we mean the 'Oops!' album — Britney territory. Coming moments before the album's end it's a bril­liantly timed glimpse of the tra­di­tional tuneage that put Britney at the top of pop over a decade ago. It doesn't sound much like anything else on 'Femme Fatale', but what's inter­est­ing is that it doesn't jar either. Her new album may be stuffed with fant­ast­ic­ally aggress­ive robopop but, at the end of the day, Britney's still Britney.

We'll be able to discuss the album in more detail in coming days via a track by track sort of review but the key points from this overview are:

And that, really, is all you need to know.

Usual dis­claim­ers apply: we heard it all the way through once, it might sound less amazing on repeated listens but, equally, it might end up getting even better.

And on that note why not pre-order the album here or purchase 'Till The World Ends' here? "Because I am a fool" is the only possible answer.