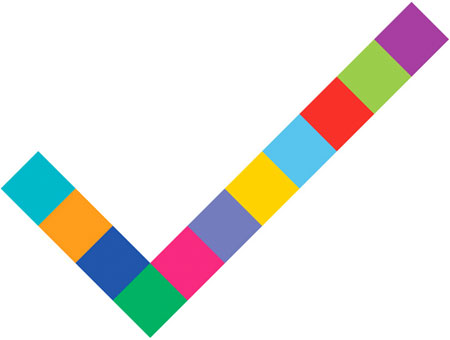 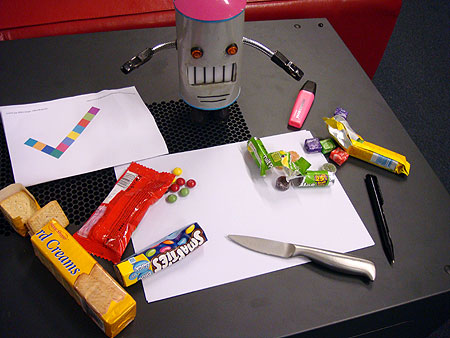 We started off with the humble Starburst. Hopes were high as Starbursts are square and mul­ti­col­oured. We were pleased with the results. 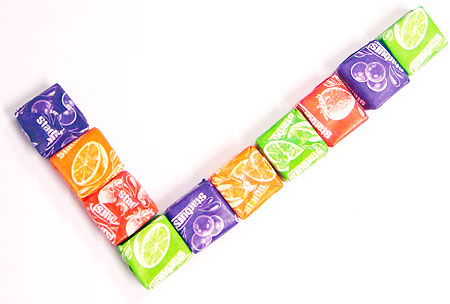 Despite this success, we couldn't help but feel that the Starburst/'Yes' exper­i­ment might work better if the sweets were unwrapped. We were horribly, horribly wrong. 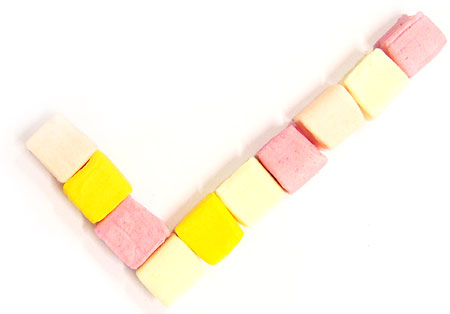 In our excite­ment we had forgotten that Starbursts' wrappers are all far more vividly coloured than the sweets within. A dis­ap­point­ing con­clu­sion to the Starburst portion of our investigation.

Next up: Fruit Pastilles. 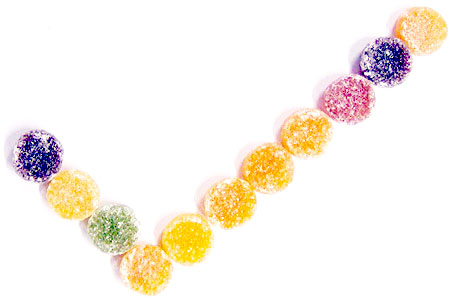 Possibly the most over­power­ingly orange packet of Fruit Pastilles we have ever encountered, and for that reason wholly unsuit­able for recre­at­ing the Pet Shop Boys album sleeve. Disappointing. 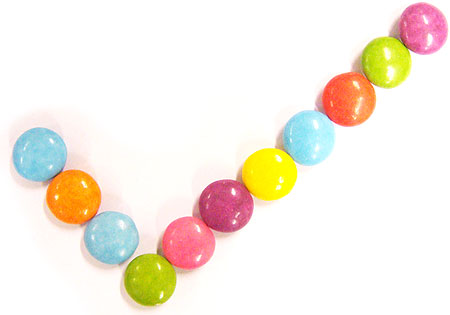 When we ori­gin­ally conceived this exper­i­ment on the drive to work this morning it was the Smartie which consumed our thoughts and despite its roundness it has not failed to deliver, par­tic­u­larly in terms of the range of colour which allows for a faithful rep­res­ent­a­tion of the original sleeve's colour scheme.

With one foodstuff yet to go, it was going to be hard to top the Smarties. 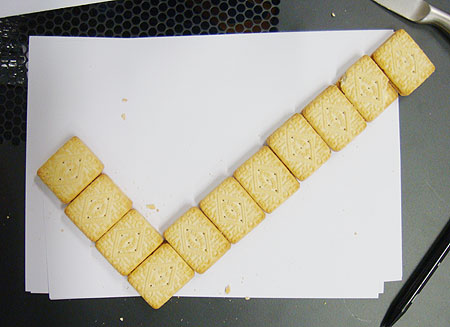 So, what have we learned?

Well, that one should never under­es­tim­ate the power of a packet of Smarties. Not only that, but that even though Smarties are the wrong shape, that doesn't mean they can't be relied on. Perhaps, with everything that's going on in the world right now, humanity could do worse than to look to the Smartie for inspiration.

They don't make them like this any more, do they.