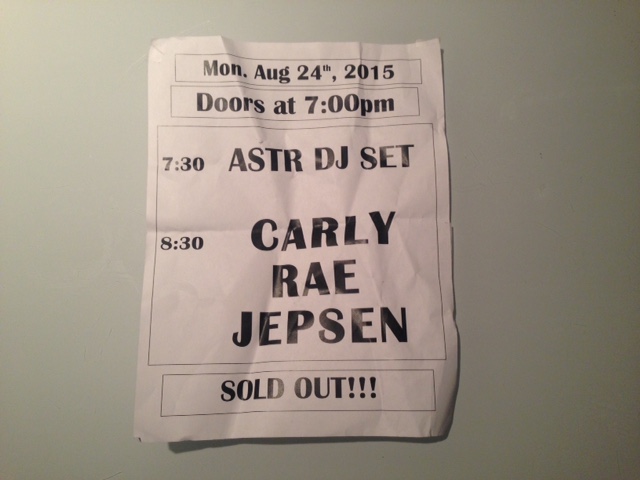 If you live in certain parts of the world — Hong Kong, Egypt, Brunei Darussalam etc — you'll already be able to buy the dis­tinctly above average new 'long player', 'Emotion', by the cool brigade's current favourite popstar, Carly Rae Jepsen. If you live in the UK, of course, you have another month to wait. Obviously there are ways and means when it comes to finding these things on the www, but let's forget about that for a minute and pretend the staggered release schedule is an actual thing people adhere to.

So in America the album came out on Friday, which of course means Jeppo's on an all-out pro­mo­tional attack and what better way to launch the album than with a 'gig' in a 'proper' venue (the Troubadour) in LA in front of about 500 people? You're right, there is no better way, and so that's exactly what happened. But if a pop star plays a show in front of a small crowd to launch an album and no one's there to write a pithy 'review' and take bad pictures, does it really happen? No.

The new songs sound fucking amazing in a live scenario 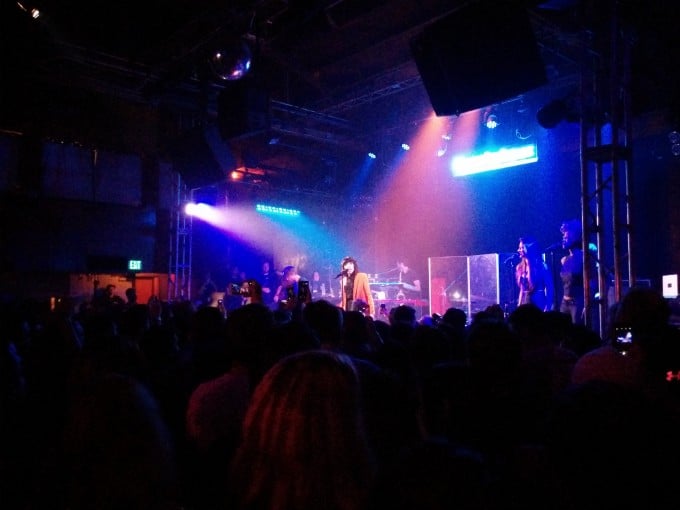 You know 'Emotion' is amazing. I know 'Emotion' is amazing. For some reason, the record-buying public don't seem to be on the same wavelength, with the album currently lan­guish­ing at Number 30 on US iTunes. Still, Jeppo doesn't seem too bothered about that as she skips onstage to 'Run Away With Me' sporting — for some reason — a bright red jacket emblazoned with the word 'ROCK' on the back. From there we get 'Gimmie Love', 'Making The Most Of The Night', 'Emotion', 'Your Type', 'LA Hallucinations' etc etc. In fact, most of the new album, including some of the bonus tracks, or "b‑sides" as Jeppo calls them. The reaction to some of the songs is so over­whelm­ing that at times it looks like she's about to burst into tears. In fact, while she's not exactly Ciara when it comes to the dance moves, Jeppo does a lot of really good popstar face; looking desperate and yearning on 'Gimmie Love'; slightly sassy on 'Boy Problems' and Pitchfork-studied on 'All That'.

'Your Type' is about a homosexual man

Stone cold classic 'Your Type' is intro­duced as a song Carly wrote after falling for a guy who likes other guys. That statement gets quite a reaction from the crowd for some reason. So much so that one guy shouts out that he loves her, to which Jeppo quips: "That sounds like it came from a guy who also doesn't like girls." Cue much LOLing. "I'll take it though", she adds with perfect comic timing. Seriously though, what a song.

She sometimes wants to punch herself in the face

Introducing 'Boy Problems' she tries a little back and forth with the crowd asking them if they can relate to situ­ations where friends bang on and on about bad boy­friends so much that you just want to punch them in the face. Despite the unne­ces­sary aggres­sion, most people seem to agree. Unveiling a hitherto unre­vealed penchant for masochism, Jeppo then says that sometimes she finds herself banging on about it so much that she wants to punch herself in the face. There are slightly nervous laughs every­where before she launches into 'Boy Problems' and ends it by pre­tend­ing to punch herself in the face.

She has some famous friends help out, even if she doesn't recognise them all 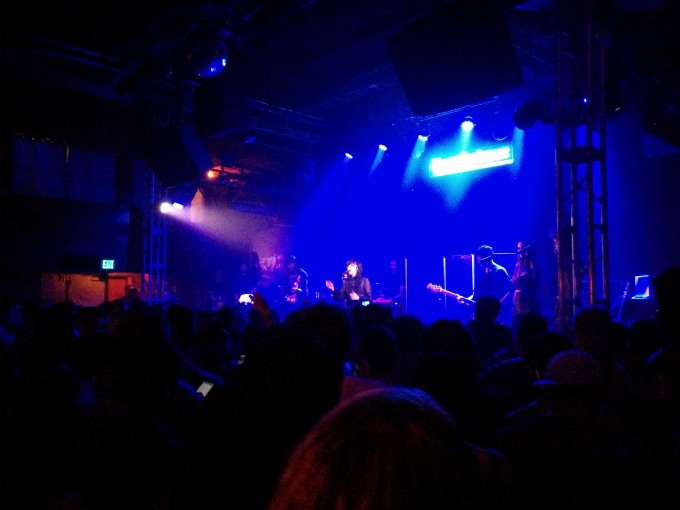 As you well know 'Emotion' is a pop album it's okay for certain sections of the internet to enjoy because it features people like Rostam from Vampire Weekend, Dev Hynes and Ariel Rechtshaid: A group we affec­tion­ately refer to as 'notorious hitmakers' but who someone in the crowd last night genuinely refers to as 'pop hitmakers' when Hynes and Rechtshaid amble on stage for a lovely 'All That' (see above (sort of)). There's a funny moment before 'Warm Blood' where Jeppo intro­duces Rostam and keeps looking at a guy to her right waiting for him to come on stage only for Rostam to pop up to her left and tap her on the shoulder like 'HIYA!'. And they say producers are faceless normal people with no star quality. [Also there were proper famous people there including Lorde, THE ACTUAL TOM HANKS, who was appar­ently dancing away having a lovely time, and Kanye West was at the after­party! Bonnie McKee was also present.]

Jeppo seems like a lovely person. She's the sort of friend who'd drop everything to come and help you if you locked yourself out of your flat. Or who'd drive you to the vets if your cat was sick. Or she'd lend you a tenner if you lost your wallet in the back of an Uber after five too many red wines. So when someone in the crowd shouts out 'play 'Curiosity'' she doesn't say 'you know what, I've got a setlist and I'm on a tight schedule so please pipe down', she says 'yes, alright then'. She then does it acous­tic­ally but what can you do. The thought was there at least.

She'll check it's okay before being a bit rebellious 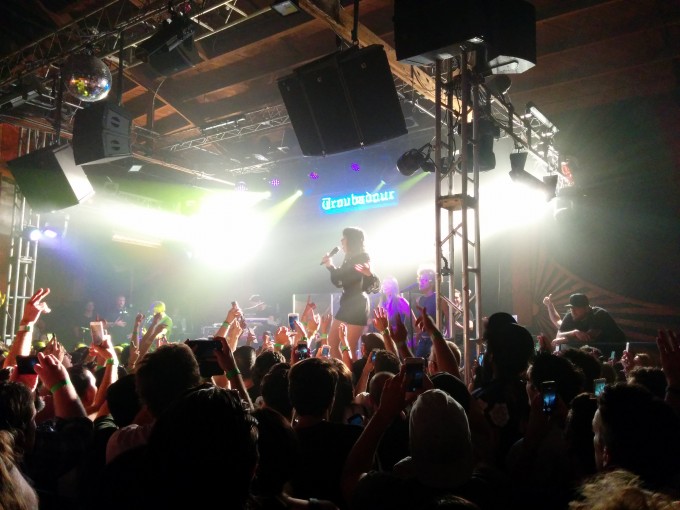 During the reas­on­ably well known 'Call Me Maybe' Jeppo seems to be having a lovely time, skipping about the stage singing a song that will go down in history. Then, feeling that she's utilised the full length of the stage, she jumps up onto a raised platform bit to survey the crowd. It's rock and roll! It's rebel­li­ous!! It happens after she checks with someone at the side of the stage to make sure it's okay for her to do it!!! Controlled anarchy!!!!

Ending with the double whammy of 'Call Me Maybe' and 'I Really Like You' Jeppo leaves the stage to rapturous applause and everyone assumes that is that. So much so that they start filing out and some music starts playing over the stereo. 'That was great' everyone says as they mill about the bar area. Only that's not the end. About fifteen minutes after the last song, Carly comes back out to do a thank­fully Owl City-free version of 'Good Time' to a bunch of people who assumed it was all over.

The merch stand only has the standard version of the album 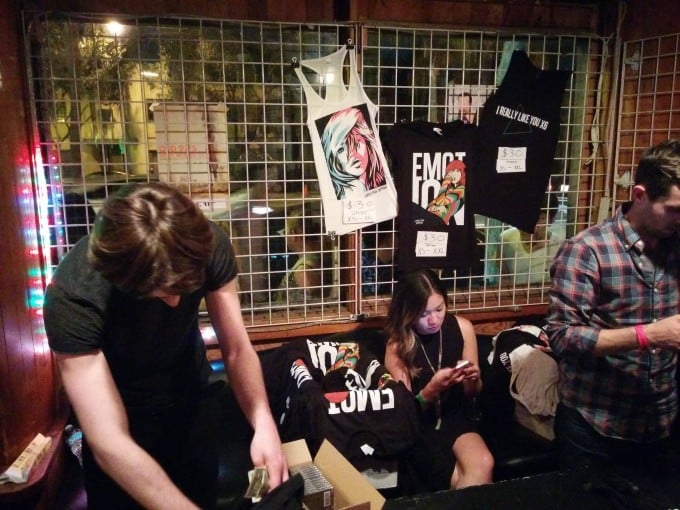 Literally WFT. Still, that vest is going to look pretty amazing on me when it's time to go to Muscle Beach.

Oh and here we are sharing a joke. 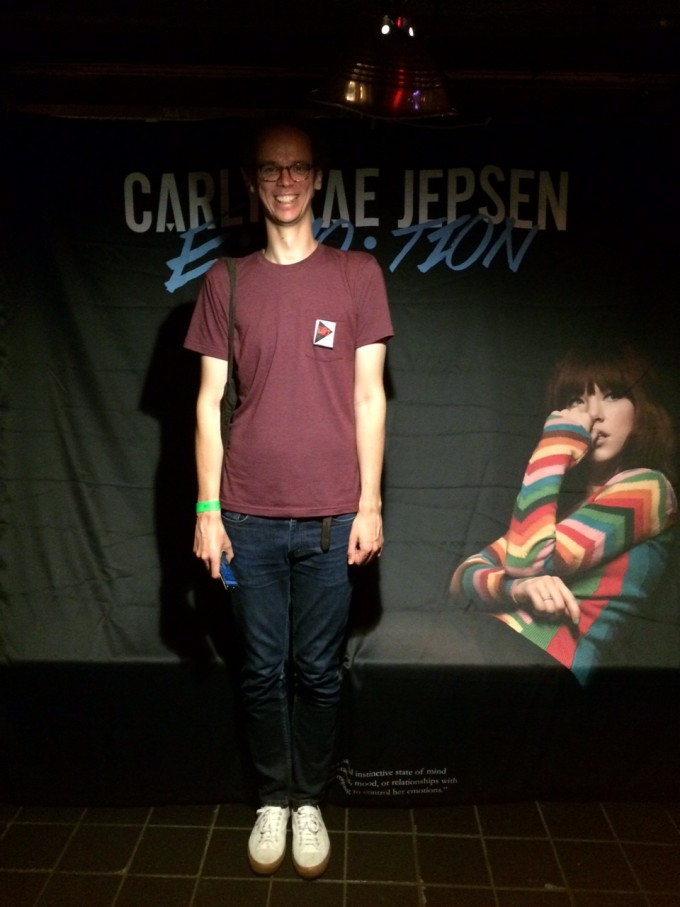 Oh how we laughed. 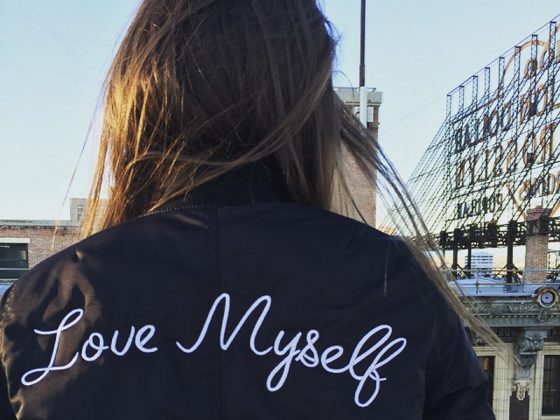 Hailee Steinfeld interview: "I wasn’t prepared for it to happen this quickly"