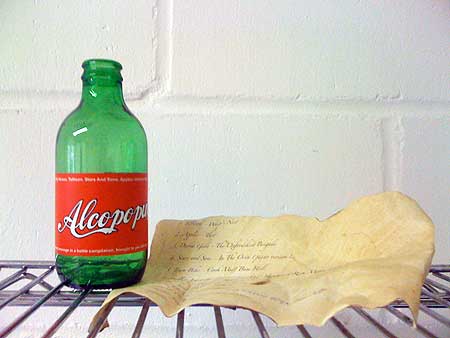 Recently, at a pop concert ('gig') in a small venue we found ourselves at the mer­chand­ise stall picking up free badges, chatting to the nice young lady attempt­ing to flog t‑shirts and generally trying to kill time before the act came on, and somehow a few minutes later came away with a beer bottle con­tain­ing a piece of paper. Readers, we paid five pounds for this. The idea is that the five pounds actually pays for a com­pil­a­tion album of new artists — on the piece of paper are details of how to download each of the songs.

The piece of paper will be instantly familiar to anyone who has studied history at Year 7 or above as 'a teabag job'. 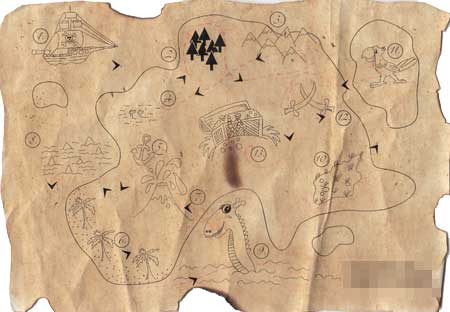 This was purchased due to being CAUGHT UP IN THE MOMENT and by caught up in the moment what we really mean is a bit drunk.

No wonder the 'merch stand' has become the most prof­it­able (or something) part of the music industry. All the customers are half cut. Imagine how much easier shops like, say, Top Shop would find it if they could guarantee that almost all their customers were a bit pissed. "It doesn't fit properly! I'll take three!"