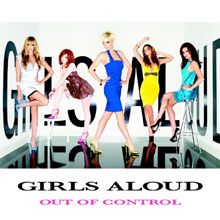 Some 30 second clips of each track from the new Girls Aloud album, 'Out Of Control', are knocking about online now. Apparently they are or were on the Woolworths website then someone ripped them and put them on YouTube.

Well we've had a listen to the YouTube rips and can reveal that the clips Woolworths chose are almigh­tily shit and will ruin your enjoyment of the album if you listen to them now. The clips seem to be totally random 30 second snatches of song. Many don't even have bits of chorus, and in the case of 'Miss You Bow Wow' — which has the best chorus on the album — that is a bit of an oversight.

We under­stand that this is a bit like taking a peek at your presents before Christmas morning but, take it from us, if you sneak this early look at the Girls Aloud album you will discover that someone from Woolies HQ has pulled down his pants and done a massive shit all over it.