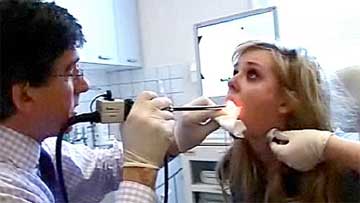 We thought Diana Vickers was great on The X Factor. All the way through the series, in fact. But every time we wrote about her, on Popjustice or anywhere else, we'd be bombarded with emails, messages and comments from outraged people. Here's one of the most recent.

"Lost all interest in the article after Alexandra Burke was branded
'rather pointless' and Diana Vickers was inex­cus­ably labeled 'totally
brilliant'.
Billy, London"

We find it funny that in many instances the same people who bang
on about Diana Vickers' lack of 'substance' and 'proper talent' have, bizarrely, been the same
people who've beaten her down by banging on about trivial, super­fi­cial dis­trac­tions: she
moves her hand around. She sometimes doesn't wear shoes. These are
hardly grounds for a call to the pop police. Sometimes Michael Jackson
wears a glove and walks backwards, sometimes David Bowie has a
lightning flash on his face, sometimes Madonna gets herself a new frock
and calls it a rein­ven­tion. That's what popstars do when they are on
duty. We think it is safe to assume that Diana Vickers probably puts a
pair of shoes on when she goes to Poundland. Perhaps people don't want popstars to behave like popstars. Perhaps those people should GET OVER IT.

Affected? Everyone on that show is affected. There's nothing unique
about what Alexandra, Eoghan, or JLS do. They study their idols and
they spew it all out again. Nobody on any of these shows has ever been an original talent. Everyone copies — at least Diana chose to copy some unusual singers. And the voice? We like her voice, as it happens. Not the strongest voice, but with a nice tone. The live singing thing is a bit of red herring, anyway. There's no denying the British public expect live vocals in 2008 in a way they didn't in 1998 (nobody com­plained when Britney lip­synched ten years ago, for example) and the odd swing towards fet­ish­ising this concept of muso realism is, iron­ic­ally, almost entirely thanks ('thanks') to Popstars, Pop Idol and The X Factor. But really. Let's be honest with ourselves now. How much of a popstar's job actually involves singing live? Half the time singing 'live' doesn't even involve singing live, and if you think your favourite popstar was per­form­ing at that last arena date totally without vocal assist­ance then you're likely to be sorely dis­ap­poin­ted. Lovely National Sweetheart Cheryl Cole is on the judging panel but managed to totally bollocks up her live vocal on 'The Promise' a couple of months ago. Should she be sacked from Girls Aloud?

Finally, the news just in: in eight years of reality pop shows, none of
the
finalists has been quite like Diana Vickers. Being different is
different from being great, of course, but it might have made a nice
change.

Anyway now that Diana is out of the com­pet­i­tion AND NO DOUBT ON HER ROAD TO AN AMAZING SOLO CAREER we are putting our voting weight behind Alexandra as a win for JLS is a win for Louis Walsh and Eoghan is clearly a horrible and terrible little shit who would bring about The End Of Music if he won.