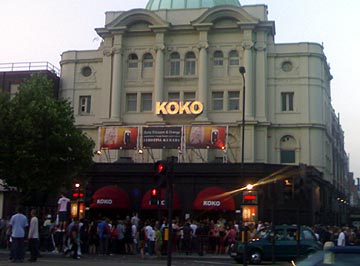 There are simple rules for a pop concert to follow, but when you are as famous and popular as Christina Aguilera you don't have to worry about things like The Rules.

Nor, if you're Christina Aguilera, do you have to worry about the over­whelm­ing sound of chatter from the audience — because your ears are already full of JAZZ and the BLUES.

She had her own pop concert last night at London's KoKo and we were there.

These are Christina's new Laws Of The Gig.

Another expensive video by an American singing lady