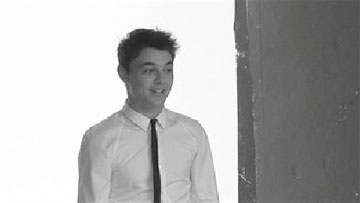 There are some clips of Leonb talking about his album on his website but, despite Leonb obviously coming across as a 'nice chap' and so on, the clips must rank among the most boring pieces of video we have seen in over 15 years of internet use.