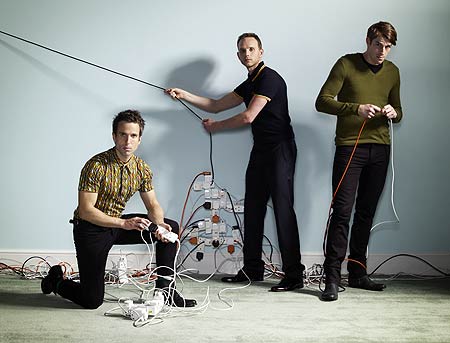 We have been thinking a bit about the so-called (by us) 'rein­ven­tion' of The Hoosiers and we have come to the con­clu­sion that almost everything about them remains the same except for the fact that they are no longer operating in a 90% terrible sonic envir­on­ment. By which we mean that if the first album had been produced to sound like their new stuff, it probably would have not been such a harrowing listen.

Anyway we have now been given the 'green light' to play you clips from two more songs from the new album.

Firstly, here is 'Giddy Up'.

And here is 'Unlikely Hero'.

We were once surprised to find a chocolate bar in an old coat pocket — it was an unlikely Aero.

In addition to those two Quite Good songs, and just to recap a couple of tunes we've already featured on the site, this is 'Bumpy Ride'…

Now correct us if we're wrong but is every single one of these clips not Actually Really Good? We have sadly come to the con­clu­sion that the 'Choices' video is basically shit though, sadly.