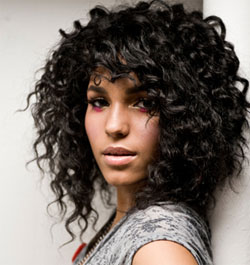 We've been meaning to mention new warbler Vita Chambers (HERE SHE IS ON MYSPACE) for a few weeks now.

She's from Barbados and her 'team' were also behind Rihanna. So basically she's the new Shontelle.

"We want to target fans of artists like Kelly Clarkson and Ashley Tisdale" writes her publicist — these seem like rather low expect­a­tions par­tic­u­larly as 2009's most mag­ni­ficntly overblown biog resides on Vita's MySpace page.

don’t you find that the most exciting events, per­son­al­it­ies and talents are the ones that prove we’ve all grown past our bound­ar­ies and borders and cat­egor­ies?

Age? Just a number, in sports, music, cinema, even business, sometimes. Nationality? Who doesn’t dream of being a citizen of the world? Musical genres? Good music is good music, old or new. Race? The. Most. Yesterday. category of them all.

Vita, the 15-year-old singer from Barbados, is living proof, in her personal history and in her music, that the future of pop is going to unfold in a world without bound­ar­ies and lim­it­a­tions.

We have not made this up.

You can listen to the whole track on her MySpace along with a pretty good tune called 'Like Boom'. In the meantime here's the video for her Gaga Starship ripoff (but also quite good) single 'Young Money', which is out now in America.