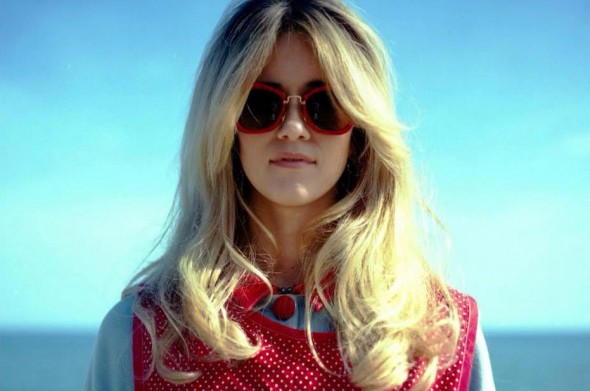 Whinnie Williams, who used to be called Sunday Girl but now isn't, and is properly known as Jade Williams but not when she's on pop duty, put a new track online last week.

As you will no doubt remember we liked her previous song 'You Don't Love Me', which hinted at promising things ahead.

We thought 'Break Hearts In Your Sleep', which premiered on Rankin's website, was pretty good too…

…but you know how it is with artists when they're at the 'get some buzz from the style blogs' stage. Pop acts want to seem cooler than they are and cool acts want to seem poppier than they are. And one or two singles down the line you even­tu­ally get to hear what the whole thing's supposed to be about. Wanting to skip the pissing about stage, and in an attempt to get some context for 'You Don't Love Me', we asked Whinnie's people to send us the next single but they wouldn't (CHEERS) so instead we had to ask Whinnie why it was worth our while investing any time or energy in the whole 'Whinnie Williams as a popstar' thing.

Here is what she sent back.

"For more music videos involving a bingo playing poodle, my terrible acting and as many daytime TV hosts as I can bribe to be in the next one."

"Coz Future Cut are brilliant and I'm really really lucky they are producing and helping me write my record. I've got loads of new songs that I can't wait to show people."

"I will be doing live shows so I can show you my ques­tion­able guitar playing but hopefully good singing too. And I wanna make a crazy stage set."

"Maybe a duet with someone good? That would be nice."

"Finally, for more 'just popped out for a pint of milk' sessions. And to see how I can shoehorn a 60s French song into a 90s R&B classic."

And do you know what readers, when she puts it like that it's fairly per­suas­ive. As a result we now like 'Break Hearts In Your Sleep' at least 18% more than we did last week, and are indeed intrigued about what might come next.

Let's have another look at that video.