We were wrong about Aly & AJ when we said yesterday that they wouldn't be providing us with much in the way of amazing quoteage.

Here's a quote from an interview the girls did with Blender magazine.

"What the future doesn’t hold, the girls insist, is a trans­form­a­tion from
girls-next-door to club-hopping, extreme-dieting party junkies. “It’s tiresome
to go out to parties, fake your way through them and pretend you’re having a
good time,” Aly says. She sees Sidekick pagers as the ultimate signifier of that
lifestyle: “To me, getting a Sidekick would be like trying drugs. Don’t do
Sidekicks!”" 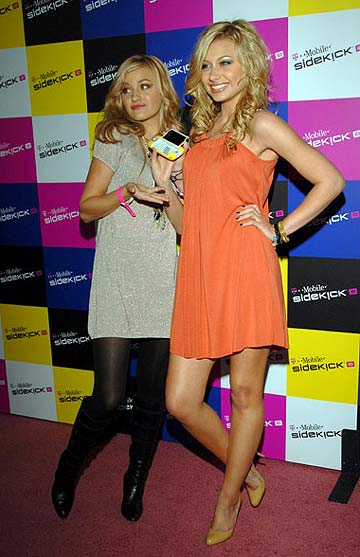 Seriously, this pair are hilarious.

If you missed 'Potential Breakup Song' as yesterday's Song Of The Day here's the video. It's all the best bits of the best bits of British pop, except not British, with two (TWO!) choruses and an irres­ist­ible pop energy too often lacking in anything on either side of the Atlantic.