“There's not much room to prance,” is a sentence Harry Styles tells the audience at his first ever solo show. “I usually like to prance.”

To north London, then, and a music venue called The Garage. Have you ever been to The Garage? It was popular during the 1990s indie boom and has 'legendary status' for people who've been knocking around for a bit. The Garage is therefore able to pride itself on regularly hosting under­plays — very-very-special, money-can't‑buy, low-key/high-impact live shows by arena-level acts. Its history, meanwhile, implies instant authenticity.

There’s been a lot of chat about Harry's post-boyband rein­ven­tion. Thing is, it might be an easy sell for people who haven’t really been paying attention, but it's not as if Harry Styles, International Man Of Authenticity, hasn't been hiding in plain sight.

We all saw the hats, for a start, but One Direction worked (and probably only worked) because they estab­lished them­selves as a sort of post-boyband kind of boyband. Harry may mention prancing tonight, but One Direction actually jumped and shuffled and span 45 degrees while standing on one leg where a tra­di­tional boyband would have had dance routines. The very first note of the very first One Direction single was delivered by a guitar, estab­lish­ing a sonic style that peppered early albums and totally dominated the later ones, often ref­er­en­cing breezy 70s rock. Most of the songs on 'Harry Styles' wouldn't have seemed out of place, with a bit of tweaking, on either of the last two One Direction albums, just as many of the songs on 'Made In The AM' and 'Four' could work on the album Harry's show­cas­ing right now.

This album's imagery and marketing (and critical response) may dwell on total authen­ti­city overload, and 'Sign Of The Times' is a definite outlier on the album, but on a sonic level Harry Styles following One Direction with this style of music is precisely as sur­pris­ing as Justin Timberlake following *NSYNC with 'Justified'.

When Harry says "hi, I'm Harry — nice to meet you" he does so knowing we know he's Harry, and we also know he knows we know, but we also know there's a subtext that revolves around people actually meeting the 'real' him for the first time. And when he says "thanks for coming", he knows the audience went to some extraordin­ary lengths to be here and, again, we know he knows that, but we and he also know that pop careers are basically an accu­mu­lator bet, and he's genuinely thankful that the last seven years have led to a point where "thanks for coming" means something other than a straight­for­ward "thanks for coming". Tom from The Wanted, for instance, could play The Garage next Saturday, say "thanks for coming" and its meaning, just like the meaning of playing a low-capacity venue, would be something com­pletely different.

So we know tonight is special but we accept that it's arti­fi­cial, or at least special by design: we know the choice and size of venue is contrived, that we're here to see and par­ti­cip­ate in what is essen­tially a release-week publicity stunt. The whole angle of this solo career is see me for who I am, but tonight is about the sus­pen­sion of disbelief and the hope that we'll accept this show, partially, for what it's not.

As it happens, and as unlikely as it may seem, it doesn't take long to forget about most of that. Harry's a magnetic performer (as well he bloody should be after this long on the job) and while most pop music sounds sig­ni­fic­antly worse when you exper­i­ence it live The Garage is, optics aside, the right kind of venue for Harry's new album. Even that album's more skippable tracks make more sense and the tunes seem to come into focus; elsewhere in the set a cover of Kanye's 'Ultra Lightbeam' fits in seam­lessly and Harry's version of 1D's 'Stockholm Syndrome' (WHAT A SONG) is 'quite a moment'. (The 'Stockholm Syndrome' cover is also sig­ni­fic­ant in the sense that Harry, being a perfect gentleman, shows he's not attempt­ing to ignore, criticise or subvert where he came from — it's a million miles away from when Robbie Williams toured a heavy-handed punk version of 'Back For Good'.)

As for that whole sus­pen­sion of disbelief thing? Well, if tonight's show really were a genuine tiny gig by a brand new artist, major labels would be lining up right now to throw cash in his direction. And Harry would probably sign to a label, and the label would say "hey, we know you see yourself as a solo artist but have you thought about forming a band?", and they'd find let's say four other people to join Harry and that ladies and gentlemen is the circle of life. It's also a fantasy, because that's not what is in fact happening, but what is happening feels like it makes a lot more sense once you've seen it live. 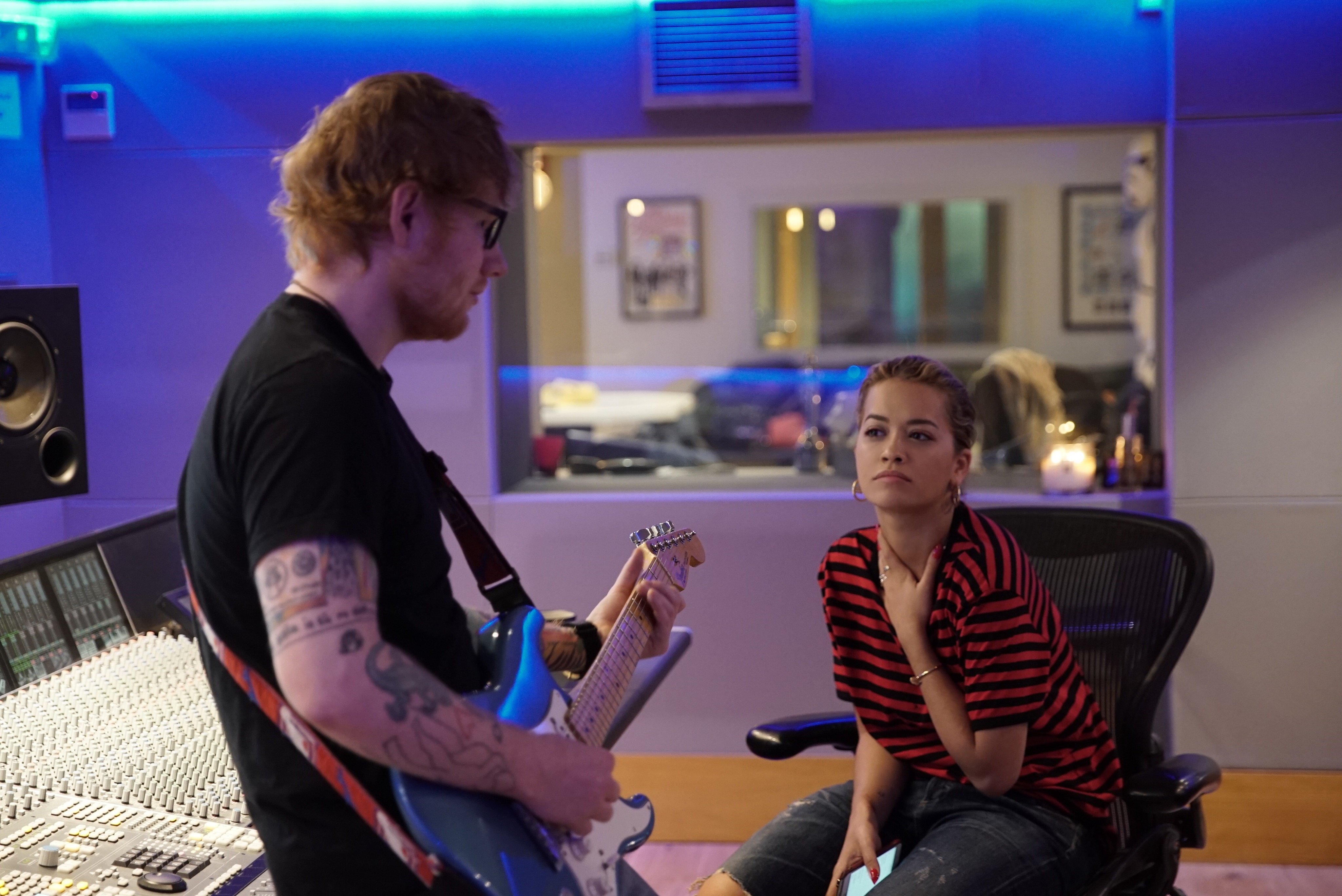 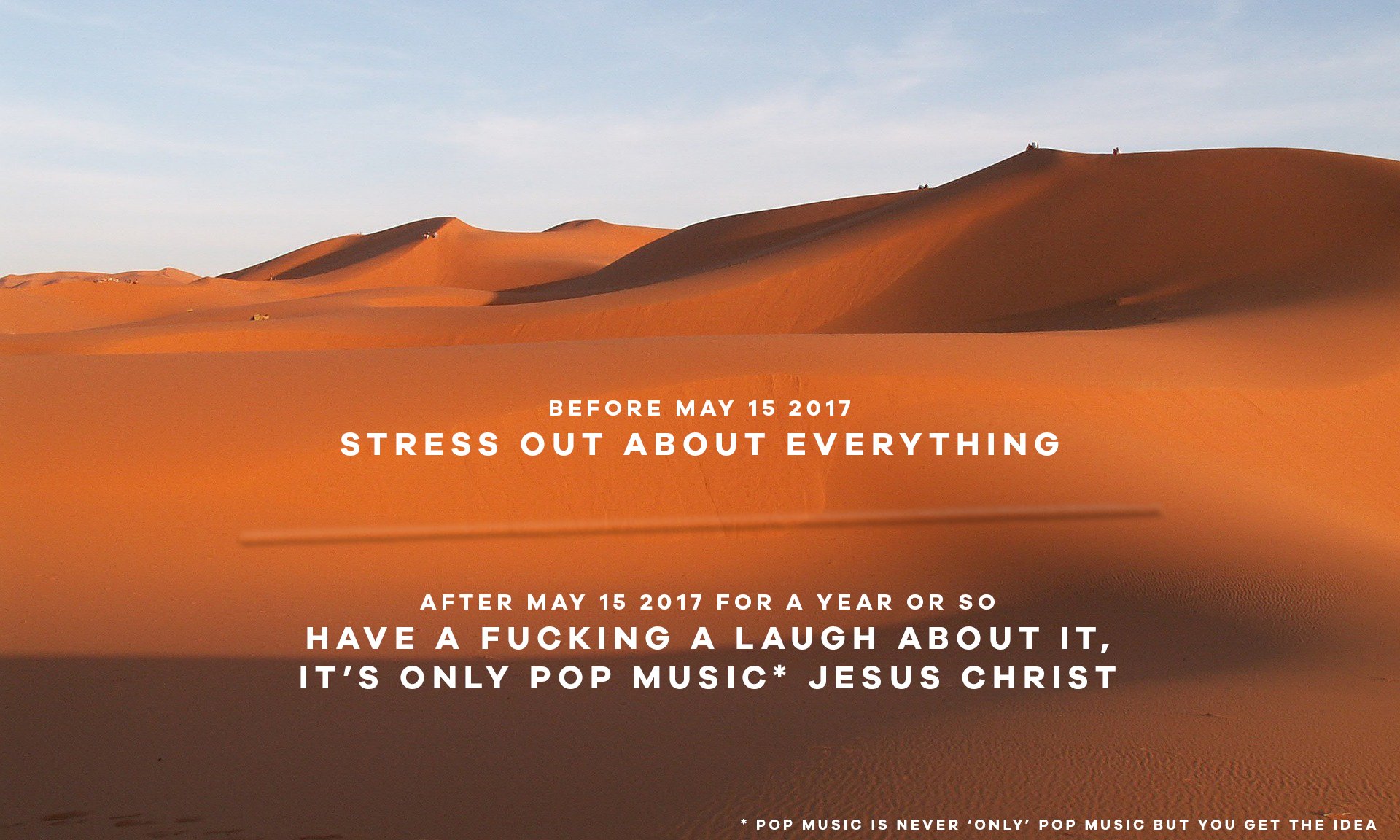 What did you do this weekend? Charli XCX went and recorded an entire bloody album