Last night Siobhan Donaghy sang some songs at a showcase 'event' in the heart of London's pornular Soho. Two singles into an album campaign is not the ordinary time for an artist to 'showcase' for the media but at least it means she is not about to be dropped.

We were in by seven and out by eight and during our sixty minutes in the venue we ate a small sponge cake (good) which was coffee flavoured (bad), and some raspberry cake served on an enormous spoon. After the main event, Siobhan sang 'There's A Place', 'Don't Give It Up', 'So You Say' and 'Medevac'. We were hoping for 'Ghosts' but perhaps she was not in the mood for singing backwards.

Tragically, no elec­tri­city came out of her mouth at the end of 'So You Say' which is possibly something she might like to work on for when she is playing the arenas at a later date. 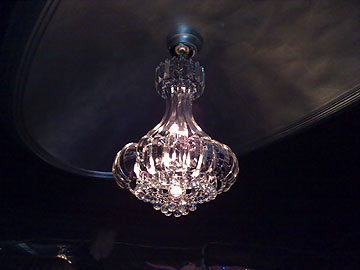 Some kind of Chip

Here is something you will not have been eagerly awaiting