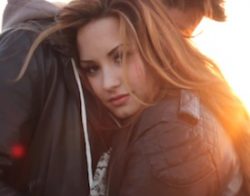 Demi Lovato has gen­er­ously released a second video teaser 'snippet' for cultural behemoth 'Give Your Heart A Break', which shows her looking fairly windswept while hugging a man. (YouTube)

In 'music business' news, Justin Bieber and 'Till I Collapse' rapper Eminem have become "embroiled" in a legal battle with South Korean company Moonstone Management for allegedly being booked for a show they never turned up to. (Contactmusic) We can 'reveal' that it was to perform sep­ar­ately, not as a double act. (Although that would, we are sure you will agree, be quite something.)

'Drop Down (Do My Dance)' hitmaker Afrojack has 'revealed' that his new col­lab­or­ator Shakira is loving dance music at the moment. (Billboard) He notes "when a beat drops, she makes this like…face. She's feeling it". That is good to know.

Stop all the clocks, pour away those stock­piled bottles of piss: the 'highly anti­cip­ated' concert featuring Adam Lambert and Queen might not be happening anymore, after it was announced on the band’s website that Sonisphere Festival is cancelled. (Ace Showbiz)

Fazer would like to col­lab­or­ate with either Danny from The Script, lute-playing borelord Sting, or Kelis. (Daily Star) Out of all of them, we think the Sting is the most likely one to happen.

'Apparently' Take That's Howard Donald is "getting stick" from rival DJs because the fanbase he attracts to his sets is so old. (The Sun)

A woman dressed as Lady Gaga has been arrested on drink driving charges while she was wearing "yellow-caution tape that was wrapped around her neck, inner thighs and buttocks and glued to her skin". (Sun Sentinel)

Next time you bump into Rihanna, don’t ask her about any potential romances she's having as she'll probably shoot you down rum pu pu pum etc. (MTV)

And finally, demure artiste Azealia Banks’ EP '1991' will be released on April 17, while she has been getting fairly excited about col­lab­or­at­ing with Kanye West. (NME) She quietly noted "!!!!!! Aaaaaaaahhhh!!!! LMFAOO I just got a Kanye west beat. I'm gassed!" No further detail on the LMFAO col­lab­or­a­tion as yet.

Shakira's a big fan of dance music according to Afrojack 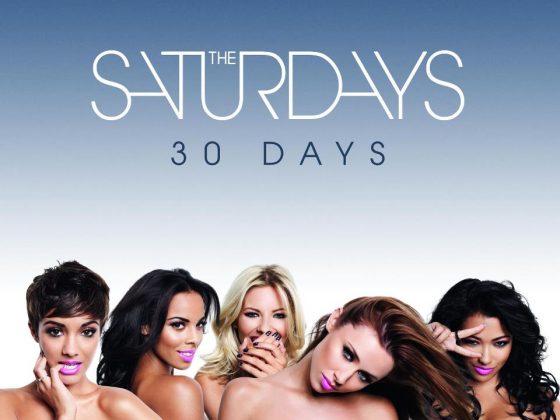 The Saturdays have revealed the artwork for their new single