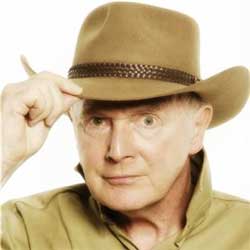 We were lucky enough to interview Malcolm a few years ago — at that point he was claiming to have revolu­tion­ised pop with 'chip music' — and he was a won­der­fully pas­sion­ate and excite­able character.

He's best known for his work with (and against) the Sex Pistols, but here are five other brilliant Malcolm moments. (Pulling out of 2007's I'm A Celebrity… Get Me Out Of Here, before it had even begun, was pretty wonderful too.)

'Magic's Back (Theme From The Ghosts Of Oxford Street)', featuring
Alison Limerick. We bought this in the Crawley branch of Our Price.
(Amazing.) Due to restric­tions from Sony you'll need to click the video to go and watch it on YouTube (or click here). Sorry about that.

When we inter­viewed Malcolm we felt that he was sitting on one final grand gesture, or one final swindle, or one final Big Pop Thing. It's tempting now to guess what it might have been, and it's oddly exciting to think that we could speculate forever and never come close to second-guessing one of pop's sharpest, most fantastic minds.

Some words re Robyn and Royksopp's 'None Of Dem'