The best single of the year that isn't by Carly Rae Jepsen or Sean Paul or Nicki Minaj or Niki & The Dove or (YES WE GET THE IDEA — CAVEATS ED) — and by that we do of course mean Justin Bieber's 'Boyfriend' — is NOW ON SALE in the UK. Some people are buying it. The whole fondue 'business' hasn't faded into the rest of the song quite as quickly as we had hoped and in fact still sticks out like a sore thumb with melted cheese on the end of it, but we're prepared to give it another three weeks.

At least it's not cliché-strewn 'recession anthem' 'For The First Time', but maybe that will come later in The Voice. Maybe six weeks from now the entire Top 10 will be full of Script songs, except for the Number One which will be Jessie J and Tom Jones shouting their way through something ridicu­lous. And even that will have the singer from The Script on 'BVs'. Oh dear. 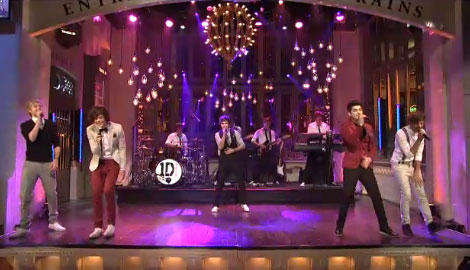 Delta Goodrem — Sitting On Top Of The World