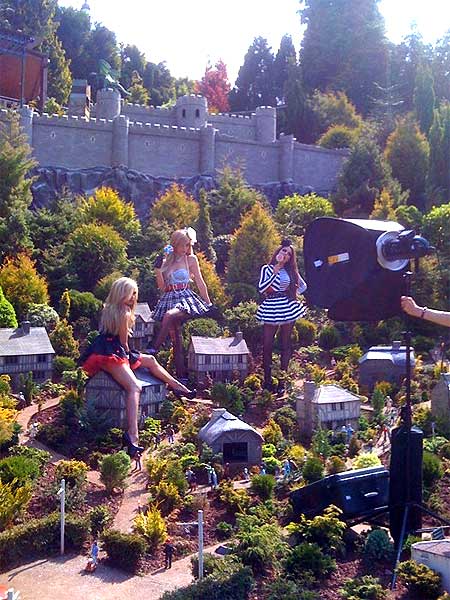 Basically this is a pho­to­graph of a photo shoot (CALL THE POSTMODERNISM POLICE) in which three women who are fairly small (one is offi­cially a midget, it's supposed to be a secret so don't tell anyone) are posing with miniature props to make them­selves look 'normal size' except it has all gone a bit wrong and they ended up looking too big and then the one on the left put a chimney where chimneys aren't strictly supposed to go and then the whole thing had to be called off, it was very sad.

Remember them this way.