As you may or may not be aware, the singer Rihanna ('If It's Lovin' That You Want', 'We Ride' etc) has a new album out this week and in a bid to gain a little media exposure this time round she's flying 150 media fools around the world on a seven-day, seven-country ridi­cu­tour. Popjustice is there — here's our Pon De Runway blog — but as the tour heads towards its climax here are 3x other blogs worth examining. We didn't realise that one of the all-time greatest pop journ­al­ists was on the plane until a few days in, but Ellen's blog for Elle is well worth a read. We're assuming a full report will be published in a future issue of the magazine. Reporting from the after­party on Day Four: "In the corner [was] an S&M dungeon full of whips, chains, gim­po­lo­gical masks and $600 leather dresses. This was run by two slightly severe Swedish matrons who decided our shrieks of mirth were 'dis­respect­ful to the sex industry'. Cheer up, ladies." There's a great level of analysis in Erika's running com­ment­ary. We liked this comment about the moment when the focus of the trip shifted: "The scales had tipped. This trip had become more about us than the talent we were there to follow. Not only were we becoming real-time memes, but many outsiders looking in were drawing the impres­sion that we've been hunched over, growling at the lack of playdate time with Rihanna. Maybe we're to blame for choosing to channel our fatigue and dis­ap­point­ment — of an absence of a known motive behind the trip — through sarcasm."

» Again, no amusing title as Billboard's blog is part of their 'The Juice' blog Gawker aren't offi­cially on the 777 tour which in a way gives them a greater degree of freedom, and their Fresh Off The Rihanna Plane coverage suggests that in order to cover the event well, being on site isn't a necessity. It makes us think of people reporting from Glastonbury in the modern age — sit in an office in London with Twitter, BBC coverage and everybody else's hard work flashing up in front of you, you can probably put together a better overview of what's happening than if you were knee-deep in piss and shit waiting for The Maccabees to make an appear­ance. In one Gawker update an unnamed journ­al­ist from the flight put forward some good comments regarding con­di­tions on the plane. "If you resent the Rihannaplane 150 that's fine. We under­stand. We would resent us if we were not here. But please picture what it would be like going to your job if there was no toilet, kitchen, water fountain, faucet, or lunch break, and instead of going home at the end of the night, they made you wait standing up in an airport while the person respons­ible for determ­in­ing when you go home laid around getting fucked up and wearing European money like pasties. That's the clearest way I can try to explain what might seem to the outside observer to be a dis­pro­por­tion­ate dis­con­tent on an otherwise once-in-a-lifetime sort of opportunity."

» Fresh Off The Rihanna Plane

Third. So there you have it. 3X differing accounts of the Rihannaplane.

Rihanna will be streaming her London 777 gig live tonight 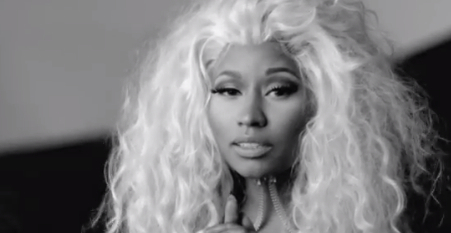