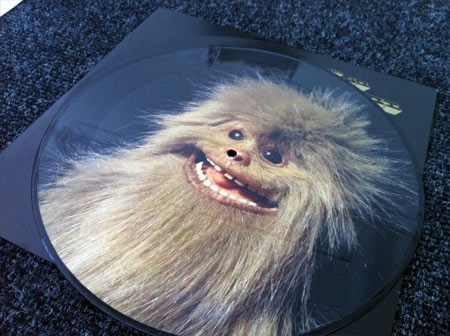 It arrived in the post yesterday. It's got some Calvin Harris music inside its grooves but that's not really the important factor here. What's important is the presence of the monster who played the triangle in that Coke ad Calvin soundtracked a year or so ago.

Here are some other amazing 12" picture discs we had in the office. 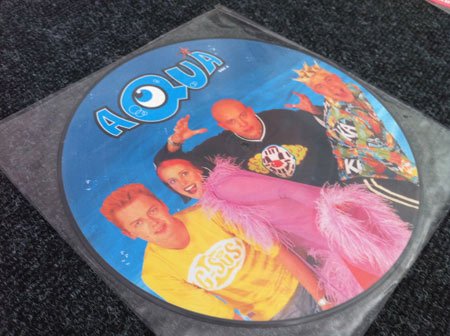 This is what pop music looked like about 14 years ago. It seems to depict a double-penised Rene bumming two of his bandmates. If anyone could confirm or deny that this was what actually happened that would be great.

Dragonette — 'I Get Around' 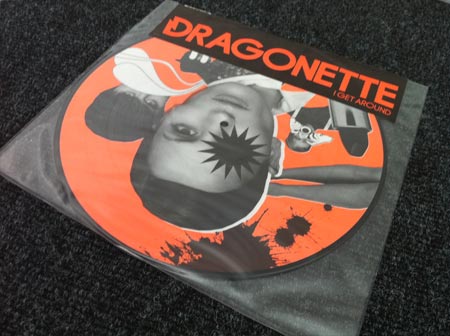 There's certainly a lot of orange 'getting around' here. 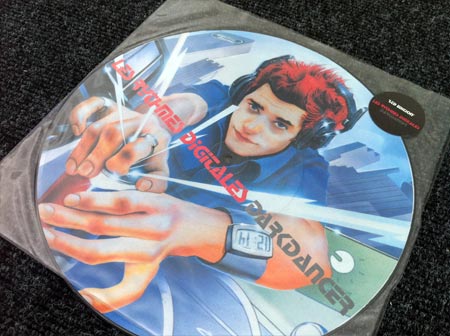 This was from before Stuart Price decided to storm the tower and take over pop music by force. The signs were there, though, even then. BY GOD THE SIGNS WERE THERE AND WE DID NOTHING. 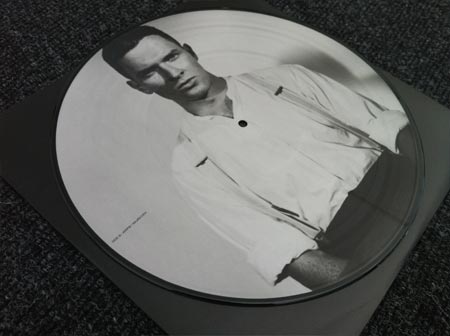 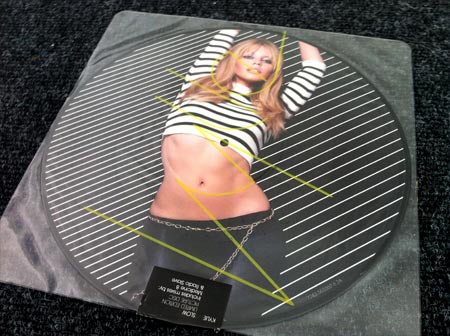 We've got quite a nice 'I Believe In You' picture disc as well but this one is the clear winner due to its diagonal black and white lines. Diagonal lines always work. (NB This is from the period when Kylie decided she was going to be French or something — the other side of the 12" has a photo of a string of onions.) (It doesn't really.) (Or does it?) (No it doesn't.)

Take That — 'Once You've Tasted Love' 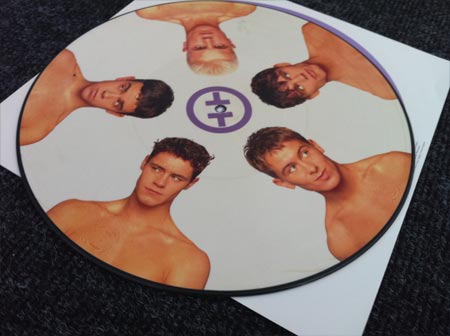 We might stick this one on the wall later.

So there you have it. A roundup of some 12" picture discs. What's your favourite 12" picture disc? Why don't you take a photo and send it (THAT'S ENOUGH OF THAT THANKS — SPURIOUS READER INTERACTION ED)