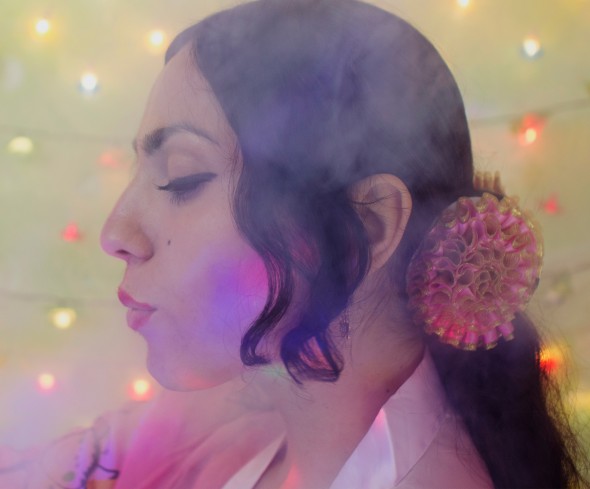 Hello Zhala. Your first video, for 'Slippin' Around' appeared a couple of years ago. Then it went quiet. What were you up to?
I didn’t want to rush things. And I had some time to make music and only that.

And during that time did you change the style of the music you were making?
I’ve always been clear, and I’ve always known how I wanted it to sound. And I think you can probably hear that in my music. But it has developed. It’s always devel­op­ing depending on what phase I’m in.

If it’s always devel­op­ing, how do you know when a song’s finished?
I think you just know. It’s when it’s the right picture, I think.

Do you think visually when you’re making music?
Yes, a lot.

Some people make music then once it’s finished they think, “right then, how am I going to bring this to life?” But you know all the way through?
Yeah — it’s something that grows. But I might have a vision in my head then when it’s finished new images appear. I create new images for the song depending on what time it is and what place I have to express it in.

We know Robyn’s involved, as your label boss, but it seems like there’s a col­lect­ive around you too?
You could say that. Yes, I like the col­lect­ive idea.

Who are the key people?
I work with Mathias Oldén on the music — we’ve done everything together so he’s really important to me. To me it’s really great to be able to just work with one person. I get confused when I have to work with lots of people! It’s luxurious and great to be able to work with one person and really get into the project. That’s with the music part — when it comes to other stuff like videos and visuals I love working with people I know.

How did your friends introduce you?
Stockholm is pretty small when it comes to the music industry and if you don’t know someone you know someone who does know them. I think it was through a friend of mine who works with Robyn that we first met.

Is she mentoring you, is that the right way of phrasing it?
Hm. Well, I think both Robyn and I, we have this col­lect­ive way of thinking. She’s a person I really love working with. She def­in­itely inspires me and helps me a lot — in that way she’s def­in­itely mentoring me. She has so much knowledge of the industry and to me that’s really a great thing that I’m able to be part of all the exper­i­ence she has. As well as that it’s FUN working with her. We have a good time.

Can you explain the back­ground to your Nirvana-inspired per­form­ance of ‘Prophet’ at the Swedish Grammis?
Well, their theme this year was old music videos. We started dis­cuss­ing videos, me and Robyn. I don’t remember who it was but we discussed it and…

Which other videos did you discuss?
It could have been a different video, but I’m not going to say which one. (Laughs) But I felt that ‘Smells Like Teen Spirit’ was the right choice.

Obviously your single and the Nirvana one sound com­pletely different, but there’s something quite dis­rupt­ive about both songs, isn’t there?
I under­stand what you mean by that. I suppose influ­ences are com­pletely different to how they were in the 90s — I listen to playlists, of all sorts of things, and I can mix it all in a different way.

What’s on your favourite playlist at the moment?
At the moment I’m listening to ‘Gue’ by Tirudel Zenebe.

I saw an old interview where you said you used to enjoy go-go dancing at what you described as your lesbian club in Stockholm. Does that still exist?
I used to have a club that I ran with two friends, it was like an install­a­tion-slash-per­form­ance club. It was a lesbian club, but it was open for everyone. And you know what, we were one of the first that did that in Sweden — most lesbian clubs are quite sep­ar­at­ist in Sweden, and we wanted to do something else. Somewhere I could bring my gay friend and my straight ex-boyfriend or whatever. You could be curious or queer or lesbian and everyone was welcome. We’d make these really big installations.

What sort of installations?
One time we had a Kurdish wedding.

Do you have music coming up that would be more suitable for daytime radio, or is it all in a similar vein to the EP?
I don’t know because I don’t think about that when I’m creating. That can change, you know? I have some more songs that I think are more pop but it will be inter­est­ing for me too.

Robyn does this well doesn’t she: half the songs on an album can be quite exper­i­mental or avant garde, and half sound like radio hits.
Yes. She’s great at that. But you know, they play ‘Prophet’ on the radio now. Well, not on all stations, but on P3 here in Sweden for example. And that’s great. So sometimes it happens! My music is like dead pan humour, that’s how I see it: and that can come across in so many different ways. When I made this album I thought about playlists and hit CDs — a mix of different pop songs. A fast song, a ballad, you know?

Was it good?
It’s always good!

Easy question: what’s the best song ever recorded?
That’s such a hard question!

Shall I ask a different question?
Yes!

What’s the worst song ever recorded?
OH MY GOD. That’s also a difficult question! There’s so much bad music! Do I have to answer those questions?

Let’s have another one then. What’s the most average song ever recorded?
OH MY GOD THAT’S JUST AS HARD! Being average is even worse than being bad! At least when you’re bad you can be good at being bad!

Not to say ‘Prophet’ is bad, but it’s def­in­itely the sort of song that will divide people. You can’t imagine anyone listening to it and thinking, “hm, I suppose that was alright”.
Well that’s nice. I hope so!

It seems that you’re quite ambitious in terms of wanting your music to make an impression.
I think so. I’m really personal in my music. And that can be a really scary thing, you know.

Scary because you’re letting other people know what you’re thinking?
Yes. It’s not always pleasant or easy… Like you say, it’s not for everyone. And that’s a scary thing to express. I’m trying to be honest in my music — that’s a risk I have to take. I don’t have a choice really. It’s the music I make, and it’s the only thing I can do.

When you say you don’t have a choice, do you feel you have to make this music?
Yes.

What will happen to you if you don’t make it?
I’m a pretty creative person and if I don’t get to be creative, I get depressed. And now I get the oppor­tun­ity to do what I want more and more I’ve become a pretty happy person. If I couldn’t do that, I don’t know what I’d do.

If for some reason I had to ban you from making music is there something else you’d like to do?
I think about that every day. (Lengthy pause) I have no answer. I can’t… I can’t do anything else.

Zhala's 'Prophet' EP is out now on iTunes.
You can find Zhala on Twitter and Facebook, and at her official site. 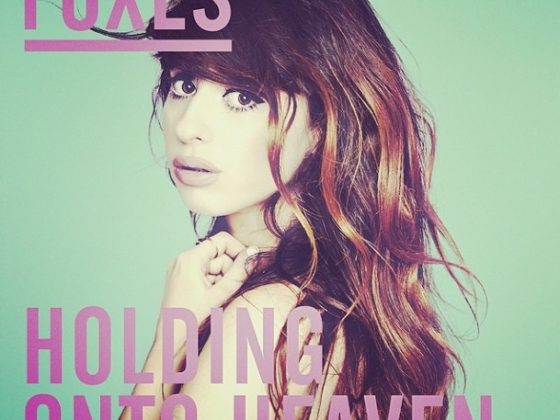 Foxes' has announced her new single and the sleeve is nice 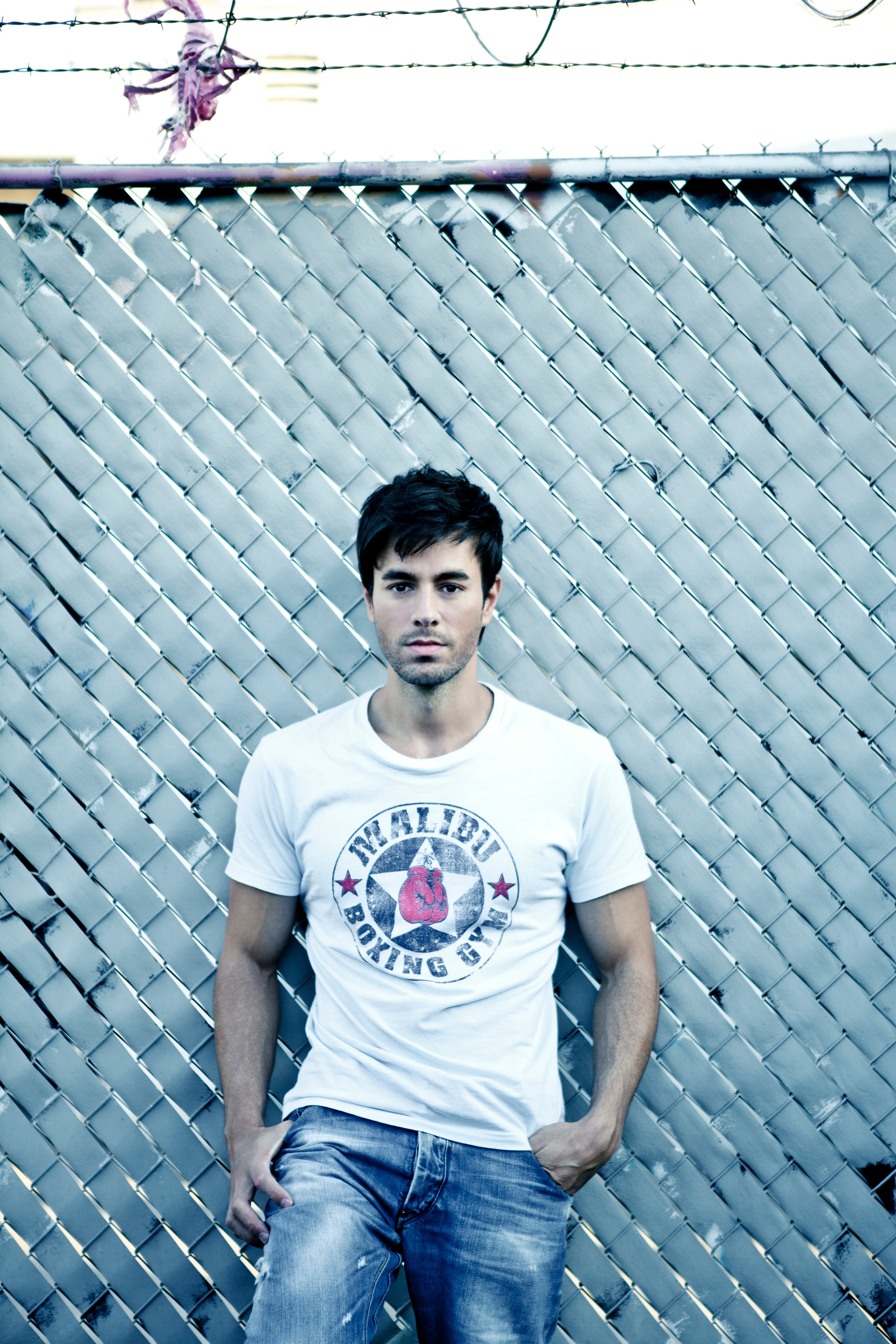 Ladies, form an orderly queue: Enrique and Pitbull are going on tour together!