The Official Song Of The Summer.

You cannot go wrong with con­ver­sa­tional pop lyrics. "We've got way too much in common, if I'm being honest with you" is just great. It's like putting "to be frank I think this is a complete fiasco" in a pop song. Play Kaskade's version next to Alicia's original and you'll realise the subtlety of his work on this extraordin­ary remix, and if you feel like it's over too soon don't panic, there's a version that's 63 seconds longer.

The "Star Trek roof in that Wraith of Kahn" line is a definite 10/10. How much of this song do you reckon Daft Punk actually produced? Like, when you consider the pro­duc­tion credits also include Cirkut and Doc McKinney, who both worked on the majority of the rest of the album, wouldn't you assume that Daft Punk just got the pretty-much-finished song and dicked around with it a bit? It's a mystery whose bottom we may never glimpse.

For reasons too boring and annoying to go into 'Formation' isn't on Spotify, meaning that for this list's accom­pa­ny­ing Spotify playlist we've had to select one of those ropey cover versions. The one we've picked is by a made-up artist called 'Boom Boxx', and guess what: it still sounds alright. Like, if it was a self-produced track by a new artist, it'd be good enough to get a premiere on The Fader's website, or a couple of plays on spe­cial­ist radio. Good enough to get some producers offering to help via Soundcloud, or some A&R attention, maybe leading to a devel­op­ment deal. The point being that when a song's good enough to withstand the Ropey Spotify Cover Version Test, you know you're onto a winner. (NB: Boom Boxx's version of 'Pillowtalk' is absolute shit.)

As a music fan it's hard to beat the feeling of finding out about a band really early on and seeing something special in their songs. It's hard to beat the feeling of seeing them live in tiny, shitting little venues before they're signed, then cham­pi­on­ing them to anyone who'll listen, and seeing that band gradually accu­mu­late fans, critical plaudits and record sales. And it's hard to beat the sensation of seeing that band take a bold and brilliant step forward on their second album, and being able to say to yourself: I was there right at the start. But while it's hard to beat all that, it's not impossible. Because what's even better is letting other people worry about all that early stuff then jumping on board the bandwagon once the band are making music you like. It saves a lot of time and stress.

8. Christie and The Dream Beats — 'Wasn't My Fault'

The greatest Kelly Clarkson song that never was.

Dua Lipa's big superstar pop moment, if you ignore the fact that everyone prefers 'Be The One' (which should have been a LOT higher on last year's Top 45 Singles list, sorry about that). As we wrote when it was released, the song was a good example of the 2016 tropical sound being weaved into a pop banger without the existing track being smothered.

SPEAKING OF TROPICAL, there's no mistaking the Liltpop influence when it comes to 'False Alarm'. Call in the CSI: TROP-POP team and you'll find traces of pineapple under the song's fin­ger­nails, indic­at­ing a struggle. You'll find an arc of grapefruit across the wall and ceiling, showing that Matoma repeatedly attacked this song with a blunt pro­duc­tion instru­ment. Buried deep inside this song's throat is a tiny mango — a 'signature' Matoma knew would be found, sug­gest­ing that he actually wants to be caught. But the B‑Hill song at the heart of it all: bloody hell, what a song, and what a vocal. You can see why Rihanna wanted it, can't you?

Much as we liked 'Side To Side' — a main­stream pop single which, lest we forget, concerned itself with being bonked so effect­ively that it's impossible to walk straight — it was 'Into You' that properly hit the spot in 2016.

In September we held our annual Twenty Quid Music Prize. As ever, the judging took place in a room above a pub, and involved about fifty increas­ingly inebri­ated Popjustice readers arguing over twelve short­l­is­ted British pop singles. There was a point, near the end of the evening, where it looked like 'Somebody Else' could have won the twenty quid (cash) prize. And there was a point even nearer the end of the evening when we thought it wouldn't, and tried to steer the votes in its favour. The judges weren't having any of it and Zayn's anthro­po­morphic headrest anthem won instead, but 'Somebody Else', a song appar­ently ori­gin­ally written for One Direction but brought to life with such amaz­ing­ness by The 1975 that even the 'dulcet' 'tones' of Louis Tomlinson couldn't have improved it, is a timeless masterpiece.

It's strange to see a band hit its creative stride just as it starts to dis­in­teg­rate, but whatever 2017 holds for Fifth Harmony we'll always have spacious freel­ance­banger 'Work From Home'. Of course this song isn't actually about working from home — Fifth Harmony have simply deployed an 'extended metaphor', and this song is actually about fucking.

At this point you're probably wondering what the best single of 2016 is gonna be.

The song of the year from one of the albums of the year, and if the beauty of this tune doesn't hit you round the head every time you hear it you might as well pack up and go home because it's over. It's all over.

And that brings our list to a close. Not great news for Calum Scott, but pretty good news for pop's best people. Here's the whole lot as a Spotify playlist, which is basically three hours of total amazingness. 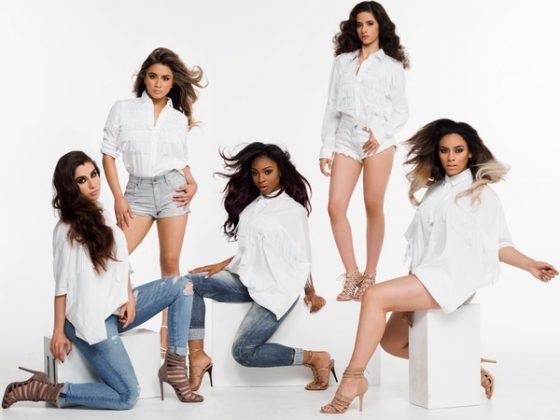