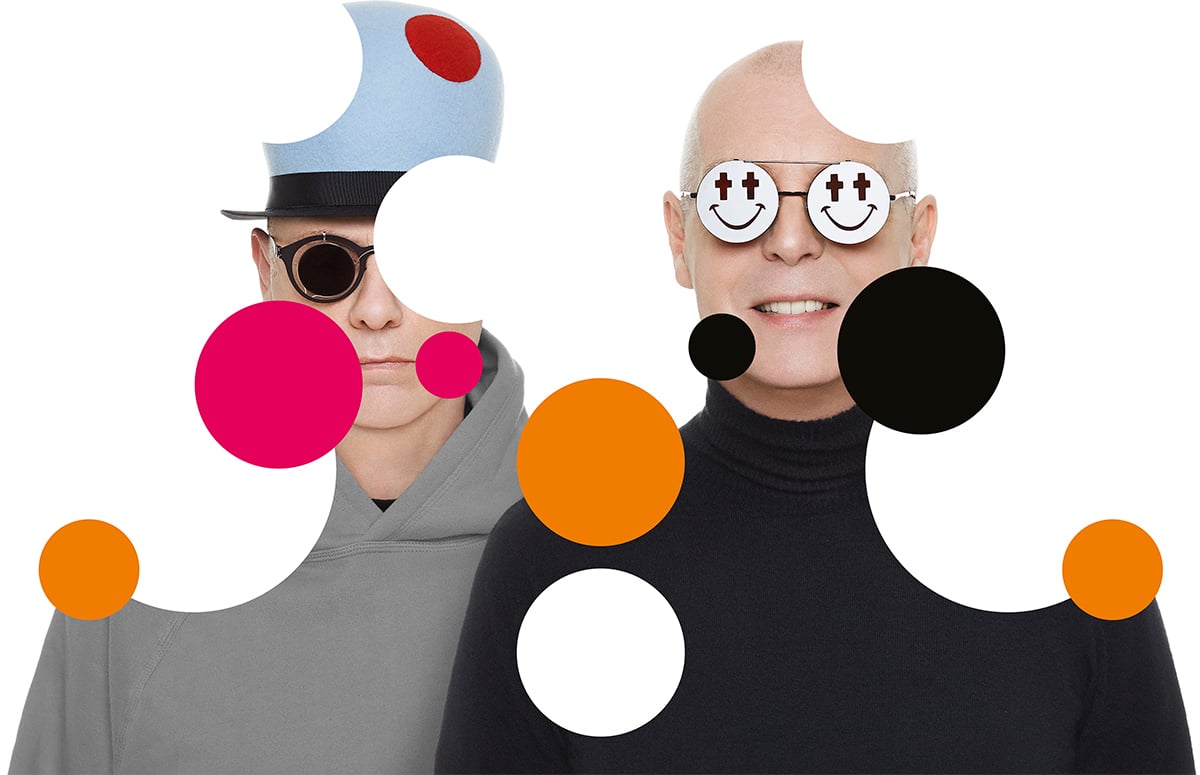 Pet Shop Boys interview: "Pop’s best when it reflects what’s going on without banging you over the head"

"Would you be inter­ested in inter­view­ing the Pet Shop Boys tomorrow night?" they said. "Yes that would be very nice," we said. That was on Tuesday.

Flash-forward to Wednesday night: it's 8pm, we're already drunk, the NME Awards is about to kick off and we're ushered into Neil and Chris' dressing room. Before we get into it, let's have a look at an under­whelm­ing pho­to­graph of their dressing room door. 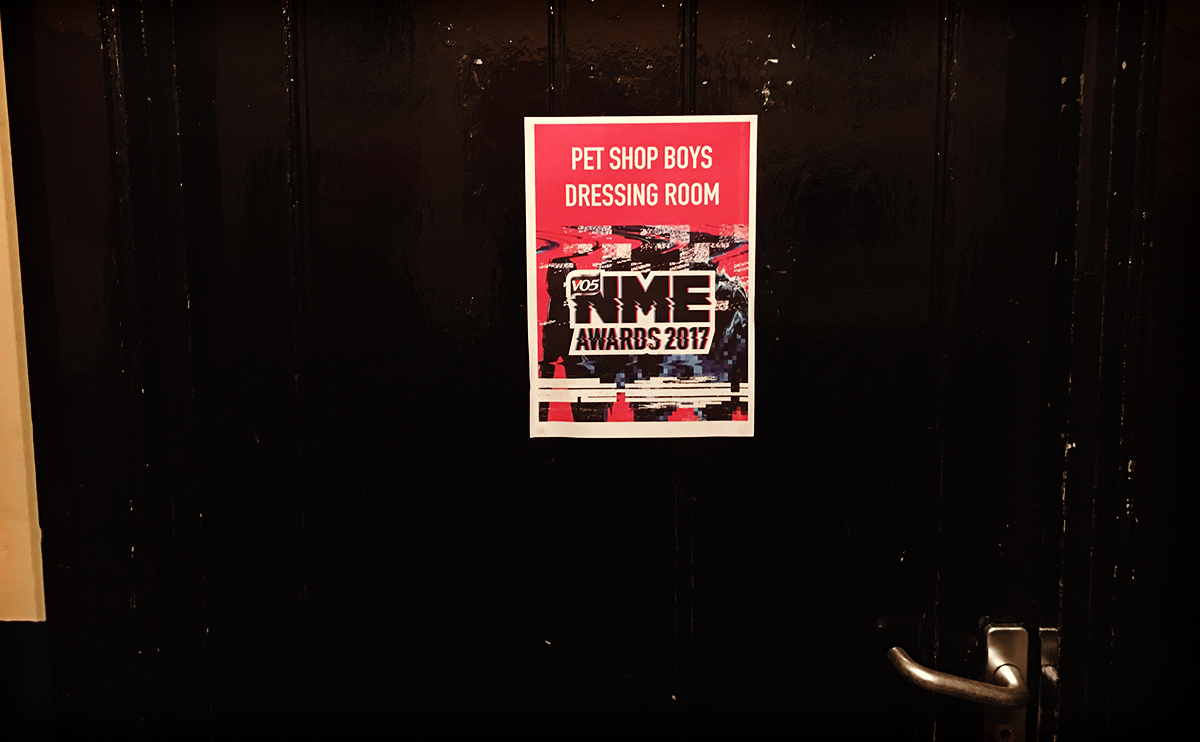 So this interview—
Chris: It’s not an interview. It’s a chat! (Shouting at PR) You said it was a chat!
Neil: Well my speech has just been BLOWN TO SMITHEREENS. It was going to be: “Thank you Johnny [Marr, who presented the band with the award] and thank you NME, I had a look through the list of people who’ve won this award before and I think it’s true to say we’re the first elec­tronic musicians to win this award.” But Pete Gleadall just said: “What about New Order?” So I no longer have a speech. We even presented New Order with their award! What would YOU say?
Chris: You should write it!

I’d go ‘now that’s what I call pop justice’.
Neil: That’s quite good, but no.

I’d go, ‘I can’t believe all we had to do to win an NME award was become an indie band’.
Chris: (Instantly outraged) We’re not an indie band!
Neil: Ah but you see we are an indie band — we’re on Kobalt. But no. Perhaps something will come to mind during this interview.

Are you the first pop band to win an NME Godlike Genius award?
Chris: But what does pop even mean? Pop’s meaningless!
Neil: It’s a tricky one. I mean Blondie won it.

Why do you think NME have given you this award?
Chris: Nobody else was available. That’s normally the reason we get an award isn’t it? Everyone else was out of the country.

How did you feel when you found out?
Neil: I’m per­son­ally quite chuffed we’ve got it. I’ve read the NME since 1965!
Chris: I just read Smash Hits.
Neil: Well Smash Hits didn’t exist in 1965. You only started reading it when you got to know me.
Chris: I only used to read Smash Hits and Private Eye. That's all you need, isn't it? They were the same, really. The humour was the same.
Neil: When I worked at Smash Hits we used to nick jokes from Private Eye. Sir William Idol, Our Greatest Living Englishman came from Auberon Waugh saying Peregrine Worsthorne was our greatest living Englishman.

Which existing Pet Shop Boys song makes most sense in the current political era?
Chris: 'It’s (not gonna be) Alright'?
Neil: I think there are probably quite a few. Our friend Michael Bracewell said he likes to think of Pet Shop Boys songs as linking together into a great dynastic novel about British life from the 80s to the current day. If you listen to the ‘Fundamental’ album now, which I have been because it’s being reissued in April with a CD of bonus tracks, that sounds quite timely. You look at Theresa May with Donald Trump, and that’s 'I’m With Stupid'.

Parts of 'The Dictator Decides' from your last album seem note­worthy. 1
Neil: We toured in America last year, right in the middle of the election. We performed that song every night, and every night it seemed to be becoming increas­ingly relevant — par­tic­u­larly after the debates. 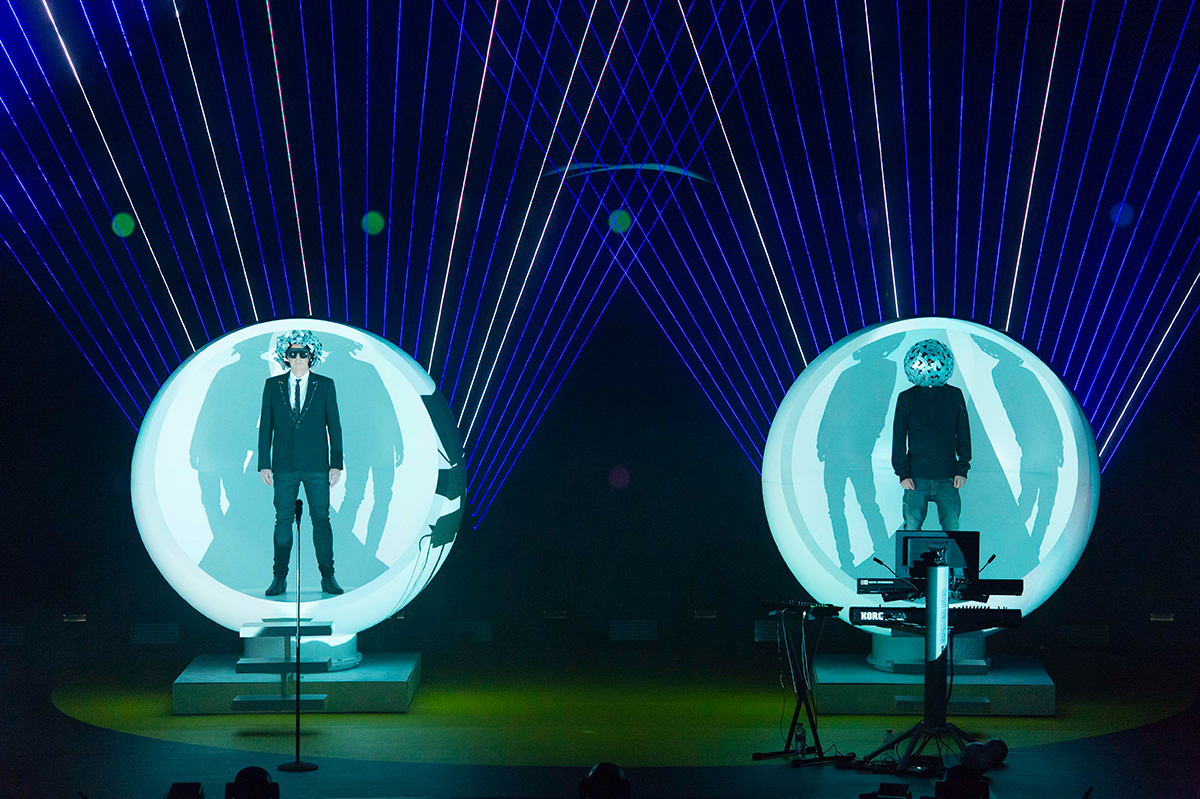 Do you like the Katy Perry song?
Chris: Haven’t heard it.
Neil: Is it good?

No.
Neil: Well there you go.

It seems inter­est­ing that the first major artist to try and tackle Current Things is Katy Perry. She’s calling her current approach ‘pur­pose­ful pop’.
Chris: (Rolls eyes) Well that’s sexy isn’t it. It sounds like washing up liquid.
Neil: That sounds… Dull. I think pop’s best when it reflects what’s going on without banging you over the head.

Which award would you still like to win?
Neil: I’d like us to win the Oscar for Best Original Song. That’s the one worth having, isn’t it?
Chris: You’d go to the Oscars!
Neil: I would.
Chris: I wouldn’t.

You'd need to get a song on a film, then.
Neil: Well yes. And that’ll never happen — like we never get offered spon­sor­ship, we never get on films.

Maybe it's time for an 'It Couldn't Happen Here' sequel?
Chris: We should at least have been nominated for that.
Neil: There were no original songs on it, though — they were all from the album.
Chris: We should have thought of that and added one.
(Someone in the room suggests the PSB-curated Crying Game soundtrack)
Neil: Cicero did the original song on that. And that was a very good song. A beautiful song.

Do you make enough money from streaming to—
Neil: Pay for my taxi fare here? I’m not sure we do. And that was only SW3 to SW9. 2 We asked recently what we made from the last album, but does anyone ask ‘what do we make from YouTube’? When our demos from 1984 are on YouTube, what do we get out of that?
Chris: Doesn’t the person who puts them up get the money?
Neil: I think Spotify works for people who are MEGA popular. And it works for the record companies.

If you’re a digitally native artist and you get 200m streams on a song, that's a million dollars. As long as you're totally inde­pend­ent. But there aren't a lot of songs that get to that stage. On the other hand: not many songs used to be Number One, do you know what I mean?
Neil: True. I mean we’re saying the same thing: if you’re mega popular you get gazil­lions more streams — but imagine what you’d get if you were selling records. Anyway: whatever.

I saw Olly from Years & Years the other day — he was very excited about 'Dreamland', the song you recently wrote together inspired by a fair­ground in Margate.
Chris: Hang on, that’s not public knowledge is it?

He told me in an interview. It is offi­cially 'out there'.
Neil: HE'S ANNOUNCED IT! You see, people from the 80s keep everything secret as a matter of course. Whereas now people talk about everything as a matter of course. Our instinct would be not to even confirm we’d written it. It’s a fantastic song. If one says so oneself. I’ve been singing it non-stop since last Friday. It’s quite soulful, but it’s a stomper.

He was saying that under your tutelage he'd found more con­fid­ence to include political elements in the song.
Neil: Well when it started off, the lyrics were a bit cheesy, mostly written by me, then he put a line in and then we thought that actually the idea of a dreamland could be about refugees.
Chris: Hang on — I just thought it was about going to a fair­ground in Margate! (Outraged once again) You’ve ruined it for me now. I don’t want any depth through surface. I only want surface. A shiny surface, at that.

Pet Shop Boys are off on tour starting tomorrow. Also: ANNUALLY IS BACK! You can listen to their tunes on Spotify if you'd like to keep Neil in taxis. 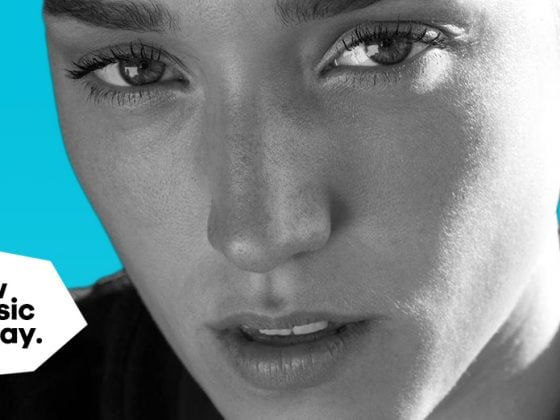 New Music Friday: Rhys arrives with 'Last Dance', another Take That song by Take That, and the songs in between 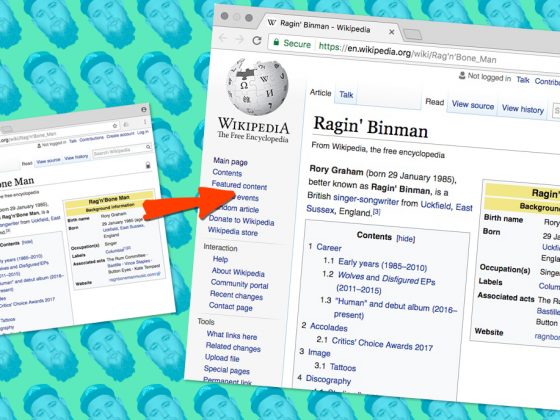