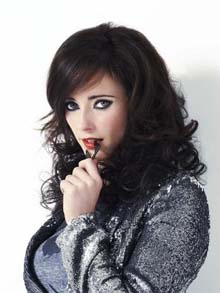 Chungking are one of the only pop bands worth writing about in 2007. We told you this in January and you didn't listen. Then we forgot to write about them very much which is daft, really, since they come from Brighton which is only just down the road from us.

Hello Jessie. What were your hopes for 2007 and has reality kicked you in the teeth?
At the start of the year I just wanted to get the album done and pressed. That was my main thing. I wanted it on the table with a front cover – that would have been good enough. Now that's done of course I hope it will really kick off and that people are going to love it.

And when are things going to start kicking off?
In some respects that has already started to happen but it is all so hard. The music business is really fucking tough. There's just so many people out there making music and everyone is fighting for the same space. The music industry is changing and I think radio, record companies, people who buy records are all confused about what to do.

Do you think people want more than just a good band with good songs?
I don't think people want as much as record companies think they do. I'm sure some people do, but in some respects people want less now. People want something more per­son­able. People want to feel like they know the people on the stage, people want more intimacy. In some ways that is good but I liked the old style of music where popstars were idols and all that is gone. In those days you couldn't log onto MySpace and look through David Bowie's holiday pictures.

And are you enjoying the current Facebook phenomenon?
At first I was loving it and I love the fact that it isn't so much of a pro­mo­tional device and it is a bit more personal, but then a couple of nights ago I thought actually, everyone can see my holiday photos and even though no one would want to look through my holiday photos I took them off. I think it's fun, I've met up with some really good people and there is a great sense of com­mu­nic­a­tion but a complete lack of privacy. People can upload pictures of you wetting yourself in a club at four in the morning and this is not good.

Is that not exactly what people expect to see of popstars now?
I think it's difficult to strike a balance between being a popstar and being a normal person. Also I think that when people tend to be a bit private, like Goldfrapp, people think 'come on, give us something' — but why should she?

Are the tabloids to blame for the state of pop?
Journalists are expecting an awful lot and the way people report on music now is really mean. Like celebrity magazines always running features called 'Look at her horrible tits'…

Do you think you would have had an easier time with the second album if you'd stuck with doing the Zero 7 thing you were doing on the first album?
If you change, people wonder what you are trying to do but if you repeat your sound people tell you that you're boring. We didn't con­sciously try to change, but we've got proper pop singles on the new album, but what is tough is getting radio interest. Radio will refuse to play a song by us if they are playing another pop song fronted by a woman and 'Stay Up Forver' is a great radio song, if I heard it on the radio I'd love it.

Are you going to get dropped if it isn't a hit?
You never know. Our label have really backed us and let us do things the way we wanted to do it, but of course you can't keep ploughing cash into a band if it's not making money. But if people aren't buying CDs, what can you do? I've found myself in a zen state of mind and I'm thinking that whatever happens is fine, it's only music. It's not the end of the world.

Thank you very much Jessie from Chungking.

Rihanna is quite a yeller. Eller, ell(You're fired — Ed)

If loving the new James Blunt single is wrong…