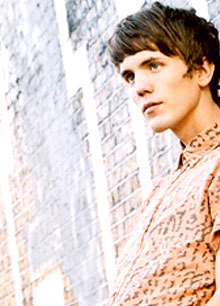 We had a bit of a catch-up with Anders from Alphabeat recently.

This is what happened, written down and arranged into nice questions and answers. An 'interview', if you will…

What do you really want to be to talking about now?
I don’t know. Do you not have anything in mind?

Let’s have a chat about the next album, we’re bored of the current one.
We’ve had some free time recently so we have been demo-ing our new album. We are hoping to incor­por­ate it into our new set and play some stuff live soon. It’s a good thing to get your tracks out there and it’s pretty exciting.

What are the new songs sounding like?
It’s still early days, really. Our last album had tracks that were three years old with tracks that were only six months old – a bit of a cut and paste job. What’s different this time is that we can sit down figure out how it is all going to work. It’s coming along quite nicely at the moment.

Which song on your current album is closest to what you want the second album to sound like?
The stuff we did most recently like ‘Go Go’ and the new version of ‘Boyfriend’ are a bit more danceable, which is an element we want to keep working with. There will be some stuff that is just a little bit darker too. We’ve got some working titles. There is one called “Shape shifter” that I like.

So you’re not going to go emo.
We’re not gonna go proper emo. Maybe just a little bit. It might be dangerous but we’ll see what happens.

Could you record an album like ‘Kid A’ if, for whatever reason, you wanted to?
We haven’t really tried to that sort of stuff. I think we’re more into finding a sound that is inter­est­ing or create more of a vibe on the album. My favourite album ‘Like a Prayer’ is the kind of pop album where there is a great vibe running through it. We want to try and create something like that. Our influ­ences have changed a bit since we moved to London — it’s hard to tell if that would have happened if we were still living in Copenhagen. We have been listening to a lot of 80s music on vinyl from charity shops as well as good, brand new stuff. We want the new album to sound a bit more ‘now’.

So what is good and new at the moment?
We went to see Pandering & The Golddiggers at the Soho Revue Bar. I was surprised at how good their voices were. I think they’re more into looking good, but they’re working with some great people too.

Are you worried about this razor edge of ‘cool’ that Alphabeat seem to be dancing along?
We’re obviously careful about what we do because we know we are balancing on that edge, and that is why it will be exciting to take things in a new direction. We’ve been walking that line between very un-cool and kitch – we want to keep some of that happiness there for the next album. We’ve always had to defend ourselves for the type of music we do and even if we go a bit more serious our music will still have a fun element to it.

We keep hearing about these songs you’ve written for Avenue…
I’ve heard that, too. I heard some of their songs a while back, but that didn’t happen in the end. It’s the classic boy band thing that everything has to be done very quickly. When I heard they were going to put a boy band together I thought it might be the right time for it. Bands like New Kids On The Block or Take That in their early days were cool guys in a very un-cool way. Boy bands now are nice guys in suits and it doesn’t really work.  We’ve started to get some requests for songs but it’s been very much in a “can you write a song for this act” kind of thing — we would like to do something with an act where they are also doing their own thing and we can collaborate.

When’s the album coming out?
I don’t know. We are just working as hard as we can at the moment. We are also planning to go to America. It’s exciting but also very time consuming. If you’re not careful you can spend twelve months out there which is not what we want to do.

So it’ll end up being this time next year, won’t it.
We hope so yes.

Are you going to release a Christmas single?
Nobody is quite sure what the next single will be yet. We would like to go with ‘Go Go’. There will probably be another single before Christmas and that will be it. We don’t really have a Christmas ballad… Apart from ‘Rubber Boots’, but that probably wouldn’t be a big Christmas single.

You want to be putting some sleigh bells on it, Anders.
Yeah exactly, and then you have got a Christmas single!

Thank you very much, Anders out of Alphabeat.