hello hiiiii
Is that Diana?
oh aye it's me
What can you do to prove that you're Diana Vickers, singer of song?
hmmm i can write a small sonnet on here , to prove myself necessary
if "
This is a shambles
However, please may I have a sonnet.
here we go …
there was a young man named peter, who fell on his electric heater. He called British Gas, they laughed at his ass, .….
i don't have the end
something about rita
… not ora
Oh dear.
Why not Rita Ora?
Poor Rita Ora.
i was on about rita from corrie… she's my favourite rita
Anyway this is an exper­i­ment in inter­view­ing via instant messager. I did one a few weeks ago with Chloe Howl and I thought you would be good too.
I am thinking of calling the series of inter­views 'I.M. Every Woman'.
But that will only work if I only have instant messager chats with women.
wheyey i like i like
Excellent.
Can you recommend me some music please? Ideally stuff that'll be good for 10+ listens.
Girls- the 1975 I've listened to that about 50 times already in the past week
ermmm
I see
That will become an embed when I put the interview up
katy perry — roar of course
THE MIGHTY ROAR
What is your favourite bit of roar
roaaaaaaa-A-A-A-A-AAA
that bit
I like it towards the end when there's a sort of des­cend­ing ding-ding-ding-ding guitar bit in the background
Can you tell I used to be a music journalist?
yea yea… the ding ding dong bit.
When I started going to clubs and they had 'ROAR' on their posters I used to just think they were being sassy or something.
But then I found out it meant 'right of admission reserved' and that ruined things a bit.
maybe that's where katy got her inspir­a­tion, maybe she refuses entry .…
I suppose that is sort of what the song is about, in a round­about kind of way.
Do you remember when/where you were when you realised a) i‑D magazine's logo was a winking smiley face and b) everyone on its cover is indeed winking?
i've literally JUST this second found out about a) (sat in a cafe in hoxton) and b) probs about a year ago… takes me a while sometimes
What can you see from where you are now? Are there various people from 'internet startups' dis­cuss­ing boring shit nobody's inter­ested in?
i can see a milli vanilli album (just found out about the scandal) :o i can also see a man with a very ques­tion­able afro to my right.
I see.
What is your favourite letter?
my letter from Santa
lolzzz D of course!
What is your favourite non-alphabet thing on a keyboard?
##########
I wonder sometimes what the next big punc­tu­ation mark is. I mean nobody really used '@' until email came along. And of course '#' spent many years in the wilderness.
i love a good !!!!!! i use them often
Do you want to know the best punc­tu­ation character thing ever? And this is something I didn't even know existed until a few years ago.
Be prepared — this will BLOW YOUR MIND.
oh god I'm very excited
‽
It's an exclam­a­tion mark and a question mark IN ONE CHARACTER.
And it is called AN INTERROBANG 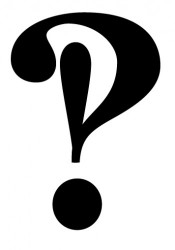 oh is it?!?!
ooh i like it
how do i get one
I don't know how you do them on a keyboard, you might have to just copy and paste it.
kinda just looks like a P though
a fancy P
Did your last single do better or worse than you'd expected?
[Proper interview question ahoy]
in terms of response and feed back I'm really chuffed and got the response i wanted… charting wise, i wish it would have done better, radio plays have never been so important
Are you in the 'not right for Radio 1/not right for Radio 2' neth­er­world also populated by MKS, Hurts etc?
Because the song (like the rest of your very good new album) is clearly a High Quality Popcultural Thing
Yet I suppose there is the question of who your fans are.
'Hurts' indeed (see what i did there)
i don't under­stand radio politics
I'm just here to make music i love and hope people can appreciate
You sang on One Direction's perfume ad. If you had a 'scent' what would the bottle look like? 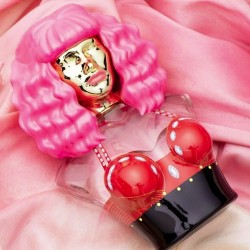 That image is Nicki Minaj's new bottle.
it looks like a pimped up oscar
someone asked me if i had a scent what would it smell like. i said like a really buttery bottle of rich white wine… so my bottle would probably be a bottle of wine with a blonde wig on.
Excellent.
How much longer do we have? Do you have a proper interview to do at half past?
yeah appar­ently so
I see.
Let's get some bits done quickly.
you've got TWO minutes
Firstly earlier when I asked if you wanted to recommend anything that would have been a good time to mention this, which is by a friend of yours right?
Right?
Right.
oh damn it i didn't have my friend promotion head on!
That song's pretty good actually
oh thats good , i can pass on your comments
Also: what are you thinking about in the pho­to­graph on your album sleeve? 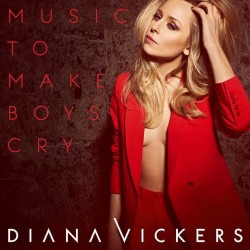 It looks 'a bit draughty'
yeah i seemed to have forgotten my bra. it was a bit draughty.
ALSO: In one word, what is Miranda Cooper like to work with?
she's inspiring, she has her way of working (a great way of working), she knows what she wants. she's a pop genius.
she's a babe
She is all of that and more
Do you like Drenge?
who's he?
Boring indie band, don't worry about it
So I think we are now at the end of our 'slot'.
Do you think this has been a success‽
yeah i think so. feels like I'm on a cyber date though
cheeky
;)
Am I through to 'boot camp'?
I know someone who at the end of a date was told they were "through to bot camp". :(
"sorry.. this is where we have to say good bye, its the end of the road for you"
"I'll be back next year"
bet you bloody will you keeno
Hahaha
Good luck with the album, it really is very good.
cheers love
Byeeeee
ta raaaaaaaaa ave a good rest of your day xx
No you hang up
ok bye!
You actually have gone haven't you
Well that, like the previous I.M. Every Woman chat with Chloe Howl, went reas­on­ably well.
Well done everyone.

Diana's actually-genuinely-really-good new album is out now and you can buy it right here in iTunes. 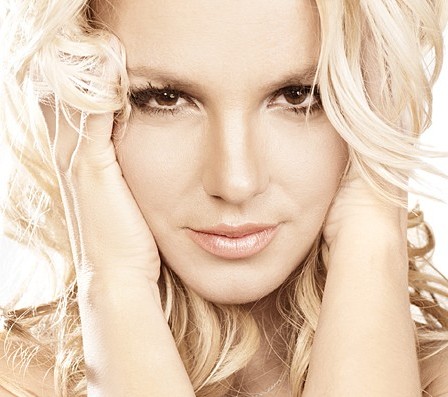 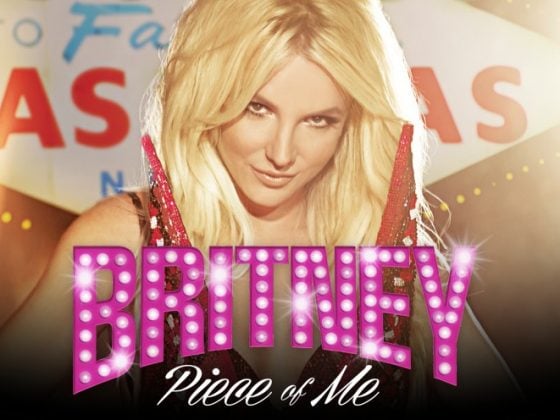 Britney's Las Vegas residency is called Piece Of Me