HIYAAAAA
HIYA.
THIS IS AN INTERVIEW
OK.
This is sort of an exper­i­ment because some popstars strike me as being the sort of people who might be quite good at typing.
I think i'm good at typing but i get too excited and spell everything wrong and forget grammar is a thing.
This is already a disaster.
Where are you?
At home.
WHAT CAN YOU SEE
My bombsite of a bedroom, and a tree.
Is the tree in your bedroom, like when The X Factor did Judges' Houses at Cheryl's 'home' and there was a fucking massive tree in the middle of the room?

I wish — that would be cool. No, it's outside. It's sort of purple-ish.
I don't think I've seen a purple tree before.
I think you have. Like those sort of wine coloured ones that pop up every now and then amongst the green ones. They're alright actually — I kinda like them.
PURPLE WINE?!
Can you take a photo of this tree please.
I'M GETTING THE COLOURS MIXED UP.
But yes.
While that is happening shall I ask An Interview Question?
Yes.
WHAT'S THE POINT IN ANYTHING?
For good anecdotes?
Tell me a good anecdote.
In the pressure of the moment I have forgotten my entire life and all the wonderful anecdotes I am sure are in it.
Have you ever tried to hack into someone's email account?
No. I used to try and hack into my friend's Bebo accounts though.
GREAT DAYS. Did you ever get in?
Someone gave me their password once so, yes. I think I changed their bio to I LOVE CHLOE, or something.
Do you think they did actually love you?
I think so. Especially after that
How many people do you think have ever been in love with you?
That's a good question, I'll use that again.
HAHAHAHA
I don't think many at all. And if someone had, they wouldn't have told me cos I would have told them to "stop being a girl" or something like that.
I do that sometimes.
Do you find romance embarrassing?
Not neces­sar­ily. I just find over- mushiness a bit annoying, haha
I was thinking about that in terms of I Wish I Could Tell You aka your best song.
THINGS UNSAID etc.
Oh right!
Yeah, I wrote that song about 4 months after what it's ref­er­en­cing even happened so it is kind of a list of things I didn't address at the time it mattered I suppose!
(Thanks for saying it's my best song btw.)
Well it would probably be more useful if I said your actual new single was your best song but in the backwards words of The Lumineers: HEY HO.
Meh, it's cool.
So, the person you are talking to in I Wish I Could Tell You — pre­sum­ably they will hear the song. How do you want them to feel about it and what do you want them to do about it? Two years ago they would have sacked the director and re-shot that.
Yeah that was the one that was going through my head.
In 2013, it's 'OOH INSTAGRAM'.
It's like they shot it and thought 'this needs to be more beige if we're going for the kook factor'.
Catchy song though xxxxxx
*media training face*
"WHAT A LOAD OF SHIT but such lovely shoes"
It's not media training it's how-to-be-a-bitch-at-school-and-not-be-totally-hated training.
Hahaha
Did you actually get drunk in your new video or is it just pretend drunk?
I don't get drunk because I'm an angel.
Is this in the same way you weren't drinking when I saw you at the Daft-Punk-up-the-shard thing?
I didn't drink that much!
Maybe it was me.
I really think it might have been
Two people I was with smashed their glasses of wine in the posh bit.
I think we should probably wrap up our fas­cin­at­ing chat shortly.
What else is there to discuss?
Do we need to talk about 'your art' or can I leave that to someone else?
I'm sure someone else will get to it.
I mean your music's pretty good and you're a good ambas­sador for it and there'll be stuff embedded in this interview so we don't really need to bang on about it do we.
If you like her you like her, if you don't piss off.
You can have that for a press release if you like.
I've already forwarded it to my management.
More than that, we've got an actual picture of a tree.
Which is the sign of a suc­cess­ful con­ver­sa­tion I feel.
I was thinking it would be quite good, to 'illus­trate the piece', if you could do a Photo Booth picture of yourself looking at your computer, to put at the top of the chat. Even though it's been an instant messager chat so it doesn't really work. Could you do those?
(And send them over later or whatever.)
As in take a picture on my computer, or with my computer in the picture? #pho­to­graphy
Use your computer to take a picture of you in front of your computer looking at it.
GOT IT.
So imagine we were having a video chat and I screen­grabbed it.
Okay will doooooooooo!
Try various expres­sions please.
I feel like Rankin
I feel like
I have no idea
Wankin would be a funny way to end the interview, if slightly unsavoury
AND ON THAT BOMBSHELL
WOW
ANYWAY
Thanks for making time for this today, I feel it's been a sort-of success
You're welcome, thanks for having me.
Good luck with the single. I am going to go now. Bye!
Thankyou!! Byeeee :) xx
Well that went reas­on­ably well.
Perhaps this sort of thing could be a regular feature in which assorted female pop artists are 'quizzed' via instant messaging solutions. We could call it 'I.M. Every Woman'.
What do you think? No? WAIT COME BACK.

Chlöe releases 'No Strings' on August 5. You can visit her official site here. 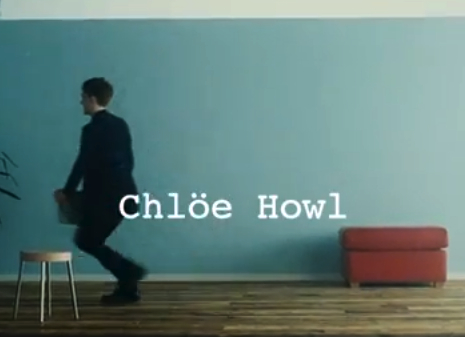 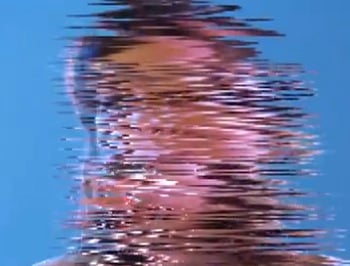