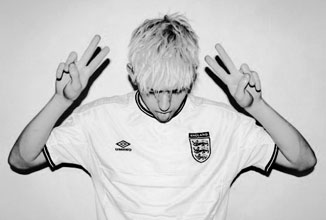 November 2012 was a month in which various things happened in 'the world at large'. But how did these things impact Unicorn 'Ish Pasty' Kid? Let's ask him.

A zebra was captured in November running through the streets of New York, after it escaped a local petting zoo.

Did you ever try to run away as a child?
I don't think I did. I didn't even do the 'packed bag and go and sit in the garden' thing. I had a fairly undis­turbed childhood.

Are you a creature of comforts?
Yeah. It doesn't take a lot to make me com­fort­able though, I just need a good internet con­nec­tion. And that's only because you can get in contact with whoever you want. You can go on your website and it's a home away from home. That's all I need.

That sounds like quite a lot to take in.
Yeah, it is. I've never really been on it seriously, but I've taken a look.

Branston pickle was sold to a Japanese company in November.

Do you prefer the smoother sandwich pickle or the chunkier alternative?
I don't really like Branston pickle that much, but if I was going to go for one it would probably be the chunkiest one. I'm comparing it to peanut butter, which I prefer the crunchier version of.

What's the strangest thing you've ever done with peanut butter?
I put it in hot chocolate once. It was fine, actually, but you get all the sediment at the bottom of the cup. It wasn't an improvement.

It was revealed in November that the Foreign Office spent £10,000 re-stuffing an antique anaconda nicknamed Albert who had been donated by a Guyanese bishop.

What was the last rubbish present you received?
Somebody gave me an equaliser that you stick onto your T‑shirt.

Does it light up?
Yeah.

That sounds quite good.
Well I suppose so. I've never used it though. It's not the kind of thing that you could wear to The Club.

You could wear it to play a show, though.
I'd have to see how accurate it was though — whether it was a genuine EQ, or whether it just dances about whenever it hears music.

A sniffer dog that works the slums of Rio became a local hero after it successfully found 660lb of cannabis hidden in a wall. The dog was subsequently threatened with death by a Brazilian gang.

How good is your sense of smell?
I quit smoking this month, so it's increased dra­mat­ic­ally. I used to always have a blocked nose, but it's pretty good now.

That's a bit weird.
How is that weird? I thought everybody liked that. It's heaven! I quite like the smell of gasoline [HE MEANS PETROL — AMERICANISMS ED] too.

Dennis the Small was blamed by the Pope for getting Jesus’ birthday wrong in the Bible.

Do you find the demon­ising of the ver­tic­ally chal­lenged offensive?
What, as in small people?

Yes.
I mean, I'm about 6'3", so it's difficult for me to sym­path­ise, but I don't have anything against small people. In fact, I would quite like to be shorter myself.

Do you hit your head on door frames?
Yeah. When you're tall, you can't dress as out­land­ishly as you might want to. You attract a lot more attention to yourself, and your posture has to be better, because if you're slouched then it's a lot more obvious. I think my ideal height would be 5'9" or 5'10". I think that would be the best height.

Do you intim­id­ate people because of your huge height?
I mean, I don't think my personality's that intim­id­at­ing. Even when I had a skinhead I don't think it looked legit­im­ately scary.

The Boring 2012 Conference, which celebrates the mundane, took place in November.

Apropos of nothing, what do you make of Gary Barlow?
I don't know a lot about him. From seeing him on TV I feel like I wouldn't want to spend a lot of time with him. Obviously I really like pop music, but I don't really like Take That much. They're very vanilla to me.

What's your least-hated Take That song?
I suppose 'Shine'. It's okay. It's not horrible.

'Omnishambles' was named UK word of the year by the Oxford English Dictionary in November.

What’s your favourite word and why?
Probably 'whatever'. (Laughs) I use it a lot of the time to cut off con­ver­sa­tions that I don't really care about. Even the word 'like' — I use it to punctuate a lot of my sentences. So 'whatever' and 'like' are probably tied for my favourite two.

Do you worry about becoming too Americanised?
Erm, I suppose because of the internet I am quite Americanised. But I am quite fond of America, so I don't see that as neces­sar­ily being a bad thing.

A man in England has been granted the first licence to sell seaweed, which is obviously very exciting. This happened in November.

If you were this man, what would you call your seaweed shop?
I'd probably rebrand myself as Seaweed Kid and sell it as merch.

Would you have seaweed for hair?
Yeah. Me and Azealia Banks could do it. You know, mermaid-style, with a green and purple seaweed weave. But I don't really like ocean smells of sea and salt and the beach. They're not arti­fi­cial enough. You'd have to spray the seaweed with perfume and paint it purple and make hair out of it.

Scientists in Kazakhstan have said they’ve discovered the “elixir of life” in the shape of a yoghurt drink.

When eating a Müller Fruit Corner, do you keep the two sides separate or mix them together?
I would probably take a bit from the fruit thing, and then put it in the yoghurt. I would never mix the two together, because it destroys the novelty of the yoghurt. You may as well just buy a straw­berry yoghurt.

What would be the point.
Absolutely. It's weird. I actually prefer the crunchy ones anyway. The ones with chocolate cornflakes.

Well thanks Unicorn for that fas­cin­at­ing insight into your thoughts on the month of November 2012. We hope you had a sat­is­fact­ory year and wish you all the very best for 2013. 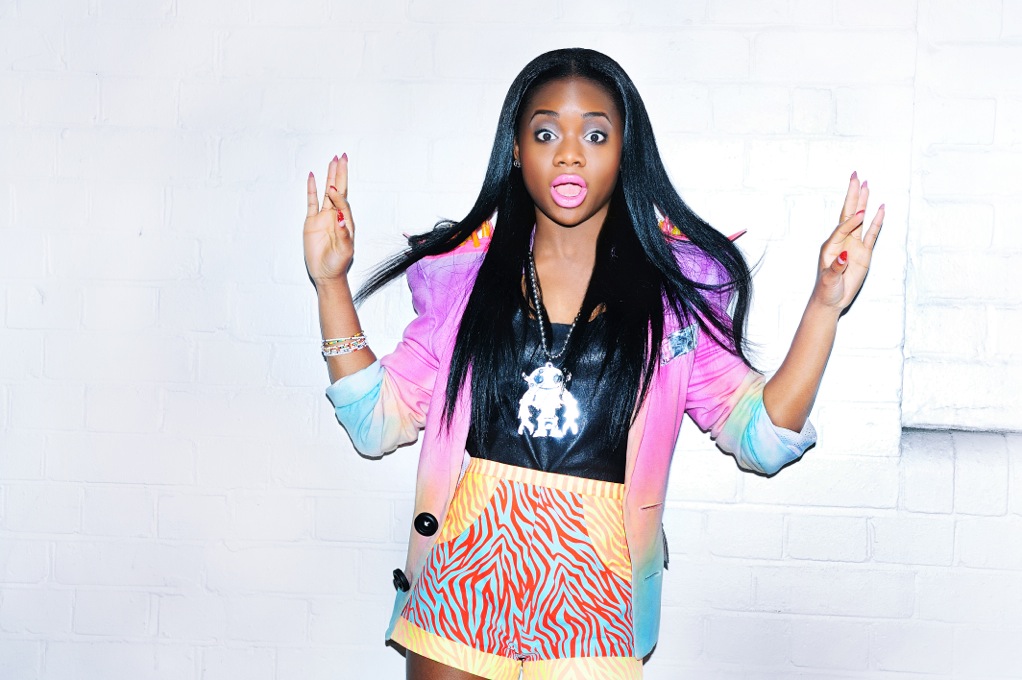